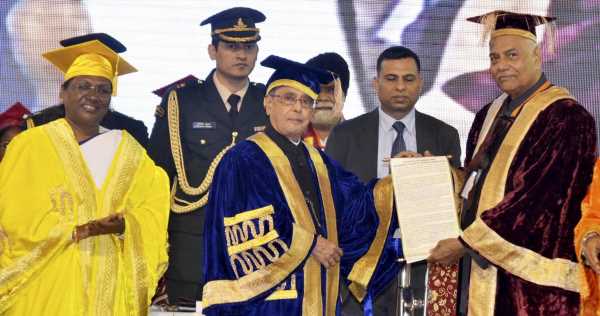 From the point of view of qualification, Murmu is probably educationally the least qualified among India’s recent Presidents.
But then, with the BJP in command, she will be required to do little but sign on the dotted line.

India will elect a new President on July 18. The Presidential college, comprising the elected Rajya Sabha and Lok Sabha members and all assembly members, will vote according to the whips issued by their parties.

In the past, the Presidential election has witnessed cross-voting or a vote ‘according to the conscience’.

This election will be no different: Even though the issue of disqualification of Shiv Sena MLAs is yet to be decided, they will have to cast their vote depending on the whip from the faction to which they belong.

The same will apply to MLAs of factions of the All India Anna Dravida Munnetra Kazhagam, which is on the brink of a split. 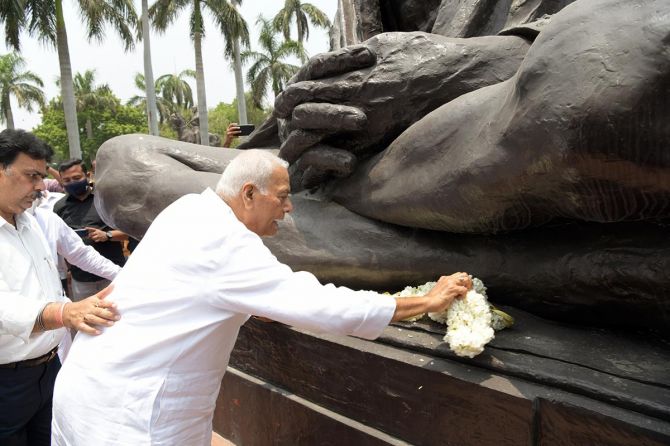 The candidate of the United Progressive Alliance and a few key Opposition parties.

After several decades in the Indian Administrative Service, Sinha joined politics in 1984.

He fell out with his party, the Bharatiya Janata Party, following a spell of trenchant criticism of Narendra Modi and quit the BJP in 2018.

In 2021, he joined the Trinamool Congress, becoming its vice-president.

When the Opposition was unable to find a common candidate and Gopalkrishna Gandhi turned down the job, it was to Sinha they turned, with the expectation that as an otherwise respected and experienced bureaucrat and politician, he would be able to bring the divided Opposition together.

It helps that he is a Hindi speaker, belongs to Jharkhand/Bihar, and can give a credible fight to the NDA in this area.

In the past, he has managed to keep his balance in boats that have traversed politically turbulent waters.

The Left parties and the Congress are also backing him.

The Jharkhand Mukti Morcha will find itself torn while choosing between Sinha, who is from the state, and Droupadi Murmu, a Santhali tribal.

Moreover, Sinha will have to face the determined resolve of the BJP to defeat him comprehensively, as he is considered a traitor who betrayed the party that gave him a lot.

Several parties on the fence, like the Yuvajana Sramika Rythu Congress, the Shiromani Akali Dal and the Biju Janata Dal, have announced they will support the government candidate.

Though the presidential poll is becoming a one-horse race, Sinha must be given credit for showing courage and giving his consent to becoming an Opposition candidate.

History will likely record him as the man who won despite losing. The common candidate of the ruling BJP-led National Democratic Alliance

From India’s third-largest tribal community, the Santhal, Murmu was the recipient of training from the BJP-run Vanvasi Seva Ashram system in Odisha.

She is the symbol of the party’s overall outreach to tribal communities in its quest to expand its base.

Her nomination — selected from around 20 names before the party — is consistent with the BJP’s emphasis on inclusion.

And as a tribal woman, she ticks all the right boxes as international criticism mounts of India’s divisive policies.

The BJP needed a name that would be impossible for other alliance partners in the NDA to turn down.

Its calculations have proved accurate.

The Janata Dal-United, which is in government with the BJP in Bihar but has been openly critical of it in recent days, has fallen in line because of the pressure from tribals in the party.

It has got the unstinted support of tribes in the north-east.

Murmu’s humble origins, her grasp of issues pertaining to tribal problems like forests, land and livelihood, and her gender make for powerful arguments in her favour.

As her exposure to power politics has been limited, she carries no baggage.

And, of course, the biggest asset is a huge BJP machinery that is now working for her despite a slight deficit in NDA numbers in the electoral college.

Past Presidents of India — K R Narayanan, A P J Abdul Kalam, and especially Pranab Mukherjee — have added to Constitutional history, bringing to the table their expertise, knowledge, and experience.

From the point of view of qualification, Murmu is probably educationally the least qualified among India’s recent Presidents.

But then, with the BJP in command, she will be required to do little but sign on the dotted line.

There is hardly any doubt that barring last-minute glitches, Murmu will sail through the election.

She has already shown grace in attempting to project herself as a consensus President by reaching out to the Congress’s Sonia Gandhi and other Opposition leaders.

07/12/2022 India Comments Off on Will Droupadi Murmu Be A Consensus President?
India