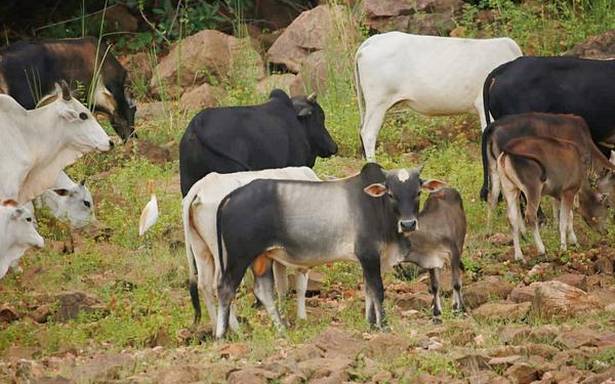 There’s every chance of visitors to the Hirakud reservoir in western Odisha bumping into the large numbers of cattle growing in the wild there for over 60 years.

The Odisha Forest and Environment Department is all set to begin ‘Island Odyssey’ and ‘Hirakud Cruise’ ecotourism packages for tourists to islands inside the reservoir when COVID-19 restrictions are lifted. ‘Cattle island’, one of three islands in the Hirakud reservoir, has been selected as a sight-seeing destination.

When large numbers of people were displaced from their villages when the Hirakud dam was constructed on the Mahanadi river in 1950s, villagers could not take their cattle with them. They left their cattle behind in deserted villages.

As the area started to submerge following the dam’s construction, the cattle moved up to Bhujapahad, an elevated place in the Telia Panchayat under Lakhanpur block of Jharsuguda district. Subsequently named ‘Cattle island’, it’s surrounded by a vast sheet of water.

According to the Hirakud Wildlife Division, a massive herd of cattle has grown here, away from human beings for decades. “During the resettlement period after the dam’s construction was over, villagers left, and now the progeny of their cattle are found living wild in the forests of the island,” officials say.

Divisional Forest Officer (DFO) Anshu Pragyan Das, who has visited the island as part of a survey, said, “The cattle show wild characteristics. They are not ferocious, but shy. If a person comes near, the animals just run away. When the Hirakud cruise begins, tourists will get to see these cattle from a distance. We are not going to disturb the cattle population.”

Soon after India got freedom, the Hirakud dam construction began. A total of 73,923 hectares of land was submerged. This included 49,920 ha of agricultural land and 24,003 ha of government land, including forest land. A total of 111 villages were fully submerged, out of which 108 were in Odisha.

Apart from the fully submerged villages, 174 villages were partially submerged (141 in Odisha and 33 in what is now Chhattisgarh). According to government sources, approximately 18,000 families were displaced.

However, Gopinath Majhi, convenor of the Hirakud Bisthapit Sangharsh Samiti, said 26,501 families were displaced to pave the way for the construction of one of India’s largest dams.

Ms. Das said the ecotourism project will be run with the involvement of local fisherfolk and the Ecotourism Development Committee.

Then there is an “island of bats”, also within the reservoir, just 1 km away from the Debrigarh ecotourism project.

“It is the habitat of hundreds of bats. Officials of the Hirakud Wildlife Division have enrolled 12 local fishermen families for conservation of the island, and tourists will get the opportunity to see the bats on the island from a distance,” said the DFO.

Tourists can also get a magnificent view of the sunset from the reservoir. ‘Sunset island’ is one of the three stops on the unique boat ride.

08/17/2021 India Comments Off on Wild cattle: On an island in Hirakud, cattle have grown wild for 60 years
India