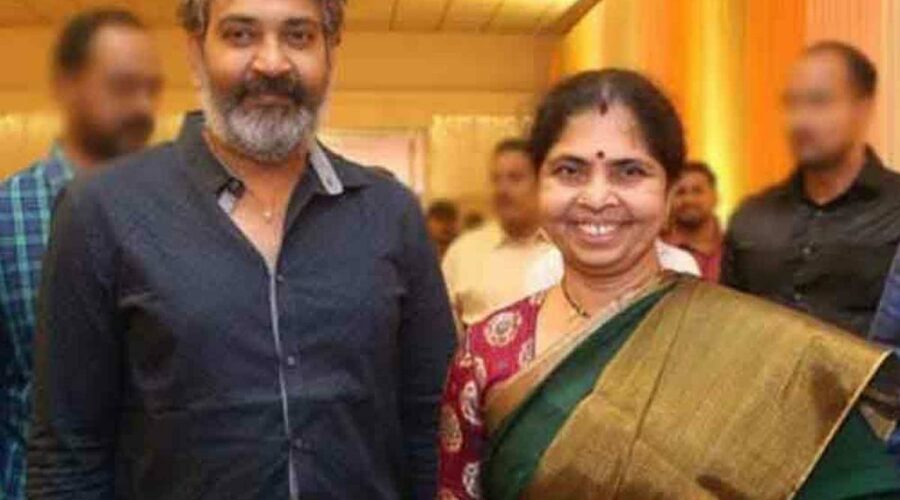 Rajamouli, Jr NTR, and Ram  Charan are promoting  DVV Danayya’ production venture RRR, which is arriving at the theaters on 7th January 2022 worldwide  in a very grand manner. The movie is expected to break all the pre existing records at the box office. As it is Rajamouli’ film after the Baahubali series,  the movie is carrying high expectations. Recently during the media interaction Rajamouli spoke about  his wife Rama.

Magadheera director Rajamouli said, “After the release of Baahubali 2: The Conclusion, I planned to direct a love story with two male superstars and a girl. This is what I discussed to both Tarak and Charan and we were all on board with the idea. When I shared the same with my wife Rama, she reacted, ‘who’ll care to watch a love story from you?’ and it was heart-breaking.”

Rajamouli added, “Later I thought  of making a movie based on a fictional tale of two real-life heroes, I felt an emotional excitement. Tarak and Charan too liked it more than the love story. As I said earlier, my family members always makes sure I am on the right track.”

About Jr NTR and Ram Charan starrer film,  SS Rajamouli said, “RRR is a celebration, and we are glad to bring it in front of the whole world.”

12/29/2021 India Comments Off on Wife Rama says this to Rajamouli, Its heart-breaking
India