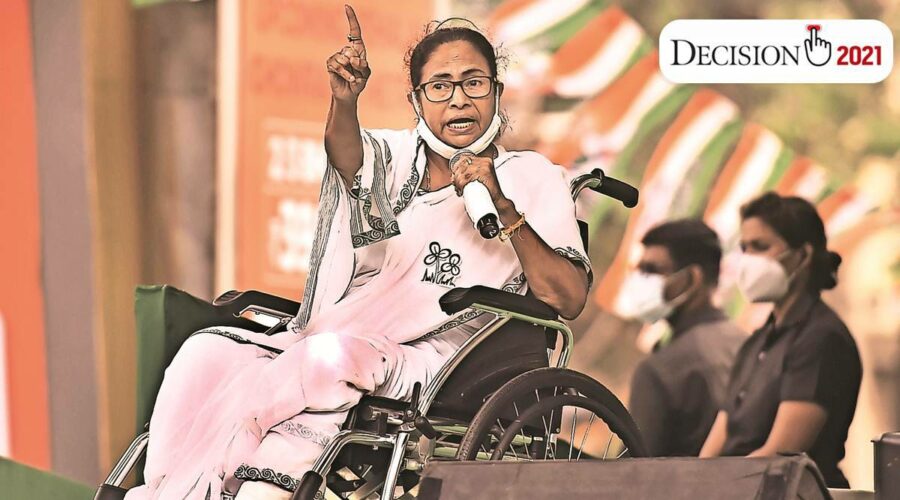 She said the Election Commission may serve 10 show-cause notices on her but that will not change her stance. A day after the Election Commission served her a notice for allegedly violating the Model Code of Conduct (MCC) with her appeal last week to minority voters not to divide their votes between political parties, West Bengal CM Mamata Banerjee on Thursday said she would continue to raise her voice against any attempt to divide voters on communal lines. She said the Election Commission may serve 10 show-cause notices on her but that will not change her stance.

“Why is that no complaint has been filed against Narendra Modi, who talks about Hindu and Muslim (vote banks) every day? How many complaints have been lodged against those who had uttered the word ‘mini Pakistan’ during the Nandigram campaigns,” asked the TMC supremo, who addressed four rallies. “You (EC) can issue 10 show-cause notices to me but my reply will be the same. I will always speak against any division of Hindu and Muslim votes.”

Meanwhile, the Election Commission on Thursday ordered repolling at one booth in Jangipara in Hooghly following complaints by political parties alleging that the TMC had engaged agents who had accompanied and assisted voters to cast their votes in favour of the TMC, an EC official said.

Kolkata: The Election Commission of India has sent a notice to BJP leader Suvendu Adhikari for allegedly violating the Model Code of Conduct through a speech he made at a Nandigram rally on March 29.

According to the Election Commission, they received a complaint from CPIML politburo member Kavita Krishnan, who alleged Adhikari had delivered a hate speech. An authenticated transcript was also received from the Chief Electoral Officer, said the Commission.

04/09/2021 India Comments Off on Why no complaint against those who talk Hindu, Muslim: Mamata Banerjee
TV & Movies