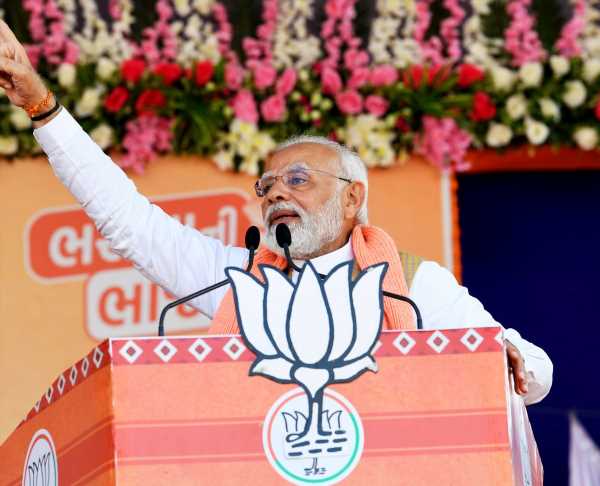 ‘Has any prime minister spent so much time in one state holding election rally after rally?’

‘The communal card is no longer working in Gujarat. People this time want parivartan.’

‘There is no excitement at his rallies. The stands were empty when Modi addressed a rally in Somnath.’ 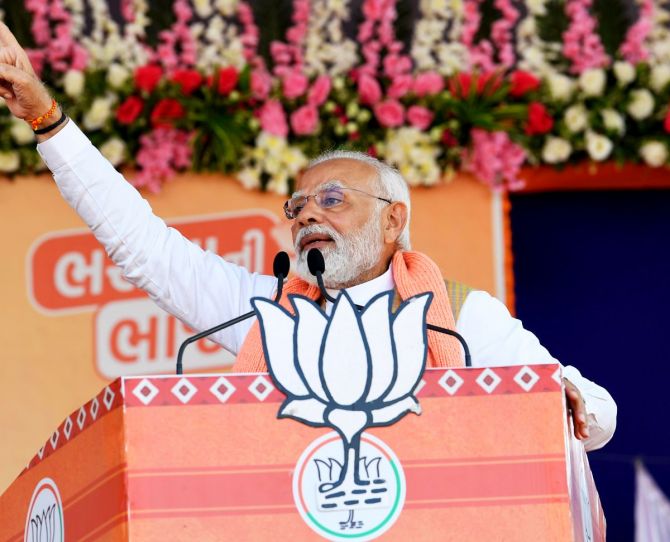 Will Amee Yajnik emerge as the giant killer in the Gujarat elections?

Yajnik, a Congress Rajya Sabha MP, has been pitted against Gujarat Chief Minister Bhupendra Patel from the Ghatiodia constituency in Ahmedabad.

What made you take the plunge in the rough-and-tumble of electoral politics?

This was the party’s decision at the highest level. The high command wanted it. It was decided by the leaders.

You are an obedient foot soldier?

I am a committed Congress worker who has tried to follow Gandhian ideals throughout my life.

My background is that of a professional and an academician. 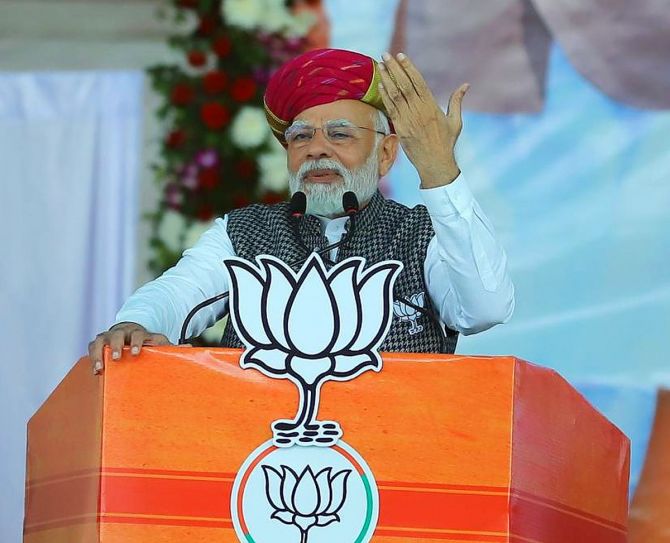 To pit you against Bhupendra Patel is going to be an uphill struggle. How are you going to match the BJP’s organisational skill and resources?

The Ghatiodia constituency has been with the BJP for some time now. But we must not forget that there is no special wave in the BJP’s favour this time round.

This constituency is located outside the walled city on the way to Gandhinagar.

The Congress has done a lot of work in this area.

There has been cumulative misgovernance by the ruling BJP and all this talk of ‘vikas‘ is nothing but hype.

They have little to show on the ground. Whatever they have promised, they have not given.

Look at how the health and education sectors have been mismanaged.

Modi keeps talking about the ‘double engine sarkar‘, but 39 per cent of the children here are both stunted and underweight.

The female to male sex ratio here is 919 against the national average of 943.

My question is where is the missing girl child, where are our missing daughters? The labour participation rate of women is only 23 per cent.

In this context, the people of my constituency are asking why the government has closed down so many government schools which has resulted in a large number of school dropouts, especially of the girl child.

As for education overall, the less said the better.

Leakage of papers has led to frequent postponement of examination.

This has never happened in Gujarat before.

During the last four years, we have seen 12 major leakage of examination papers.

The other key question people in Ahmedabad are asking is regarding the increasing incidents of violence against women.

There has been a sharp escalation of crime against women.

Look at the way in which a young woman was killed by her boyfriend in front of her family in Surat earlier this year or the brutal killing of a minor girl by a 45 year old in Mehsana.

There has been complete inaction on the part of the police.

The BJP have a great deal to answer for.

The performance of the earlier CM (Vijay) Rupani was nothing to boast of. The BJP claims he tendered his resignation.

The fact is that he was sacked as were the other members of his cabinet for non performance.

If the BJP top brass were not happy with Rupani’s performance, then what to say about the public at large.

This is not to say that it is not going to be a tough fight. But then somebody has to take on this challenge. 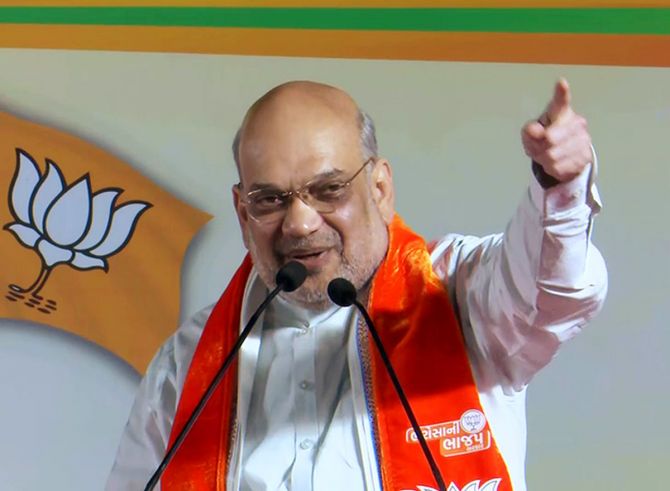 Prime Minister Modi is canvassing hard for the party. Home Minister Shah is also on the campaign trail?

Has any prime minister spent so much time in one state holding election rally after rally.

He is holding 25 election rallies in 25 different places in the course of the next one week.

He is aware that the state is facing a strong anti-incumbency wave, that is why he is parked in Gujarat.

The communal card is no longer working. People this time want parivartan.

They want jobs, they want price rise to be controlled. There is no excitement at all at his rallies.

The stands were empty when Modi addressed a rally in Somnath. 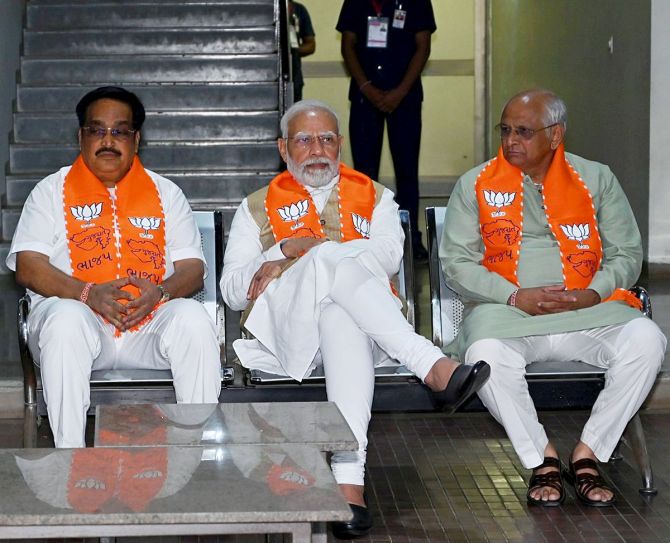 The Congress is facing a tough challenge with the Aam Aadmi Party contesting the Gujarat election in a big way. AAP is expected to cut into the Congress vote share to the BJP’s advantage?

We all know that AAP is the B team of the BJP.

How do you plan to match the BJP’s resources?

No Opposition candidate can match the BJP’s resources.

The entire government machinery is at their disposal.

From the senior most bureaucrats right down to the patwari, they are all being made to help organise the campaigns for BJP candidates.

We are aware that up to the time the elections are over and done and dusted with, no government servant will be available in their respective offices.

They have all been roped in to assist with government vehicles being used blatantly to bring people in to attend rallies addressed by BJP candidates.

This is happening day in and day out under the nose of the Election Commission. All government work has come to a standstill. What is your strategy going to be?

The Congress has its own committed cadre and we will go door-to-door and speak to the people about what steps we will take to help ameliorate their problems if they vote us to power.

Women empowerment is also very important for us. As you are aware, in Gujarat, women have to struggle at every step.