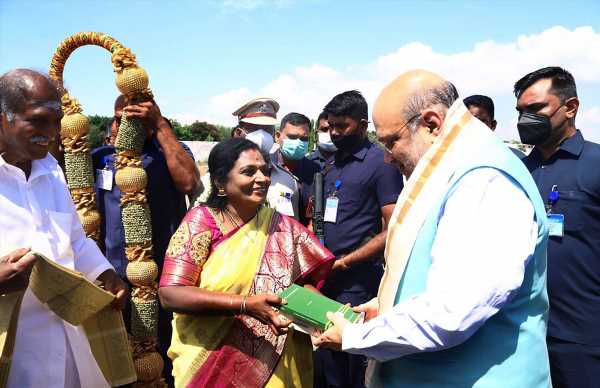 On Sunday, we recorded how Bihar Chief Minister Nitish Kumar had traveled to the Jayaprakash Narayan airport in Patna on Saturday to receive Amitbhai.

As we pointed out in both features — which you can read in the related links below — it is highly unusual to see a chief minister travel to an airport to receive a Cabinet minister, a protocol requirement usually reserved for the President of the Republic, the vice-president and the prime minister.

We wondered if this was the new normal. Where chief ministers in BJP ruled states brushed aside established protocol to welcome Amitbhai at the airport when he arrived in their city.

Are these tableaus meant to clearly convey the message that Amitbhai — and and not anyone else — will be Narendrabhai‘s successor if the Pradhan Sevak ever decided to retire either as prime minister (if he wins the next general election, that is) or as BJP supremo?

Back in the mid 1970s, Sanjay Gandhi held no position in government, but was undoubtedly the most powerful man in India because his mother was then prime minister Indira Gandhi.

When Sanjay flew to the states, despite his non government status, chief ministers like Narain Dutt Tiwari (Uttar Pradesh) brushed aside protocol and welcomed him at the airport.

This scenario was repeated when his elder brother took over as Congress general secretary after Sanjay’s death in an air crash. Chief ministers like T Anjaiah (Andhra Pradesh) rushed to the airport to receive Rajiv Gandhi.

So there is history in the welcoming-at-airport ritual conferring heir apparent status on a leader being greeted by a chief minister on arrival.

Need further confirmation of this? Please click on the images below for a glimpse of Amitbhai‘s arrival in Puducherry. 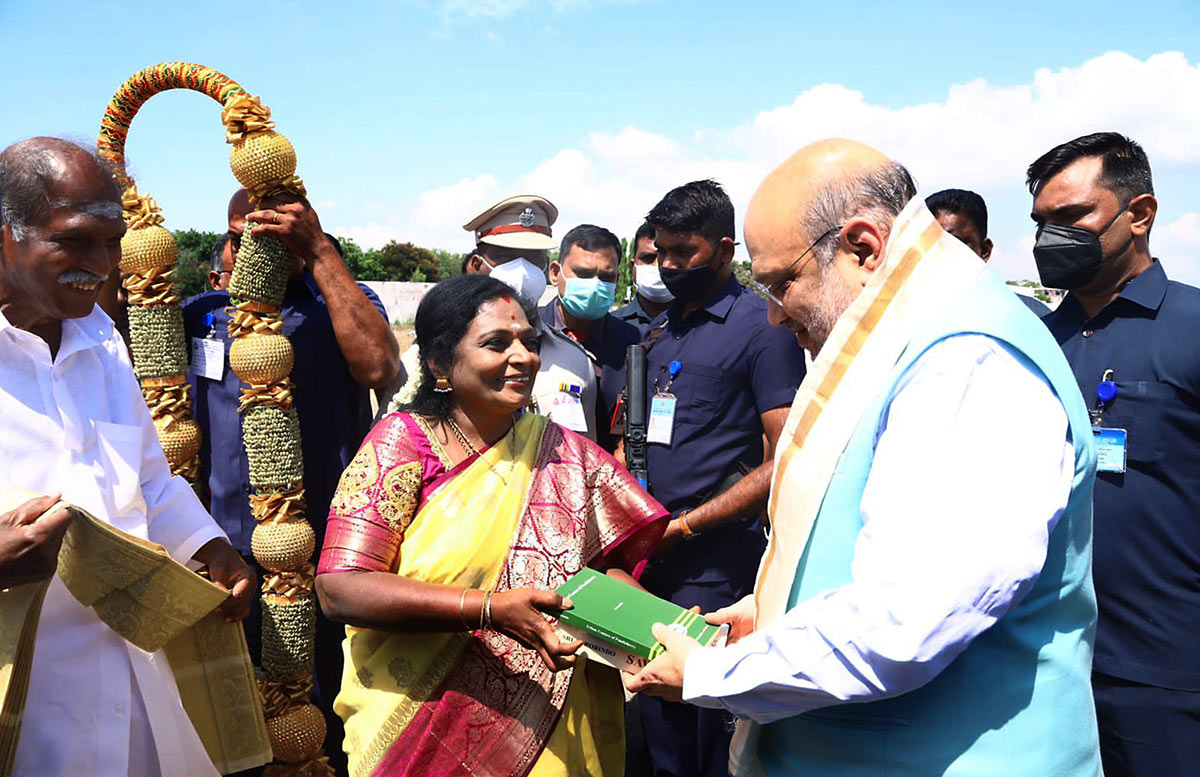 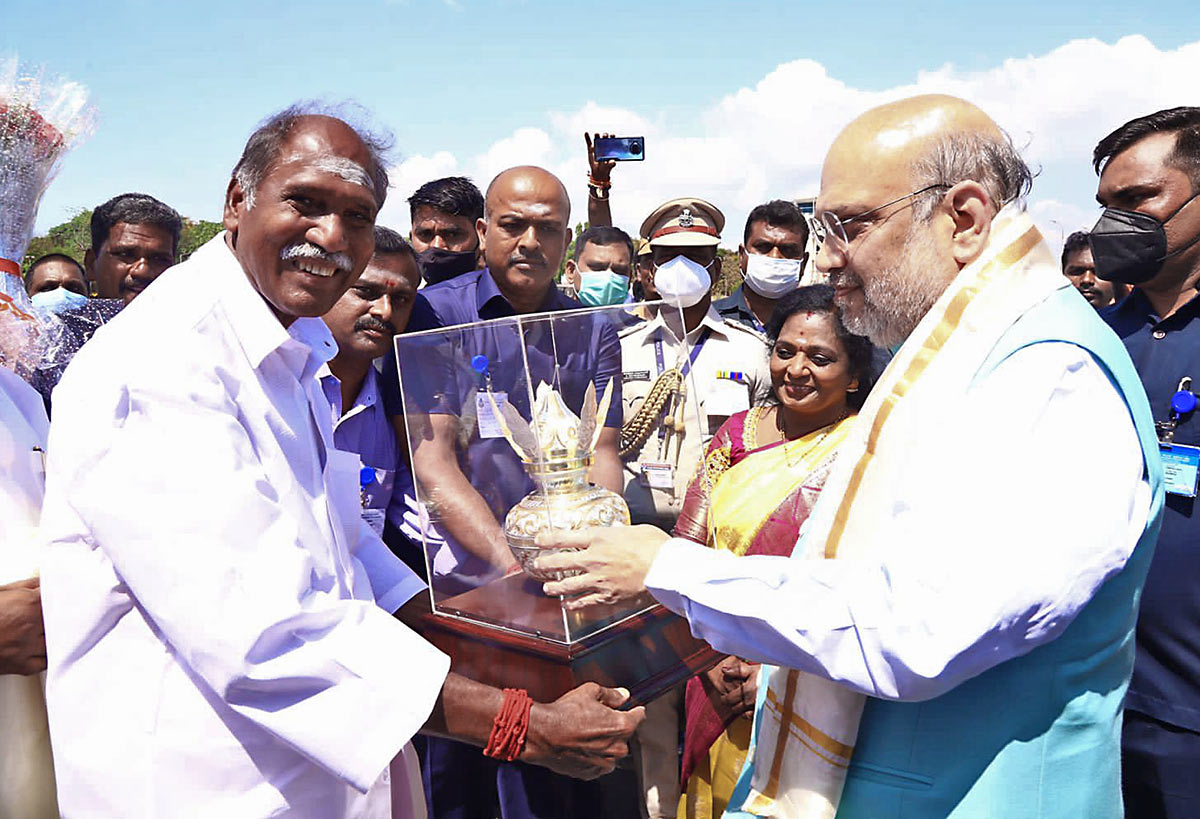 IMAGE: Puducherry Chief Minister N Rangasamy then presents the home minister with a rather large memento.