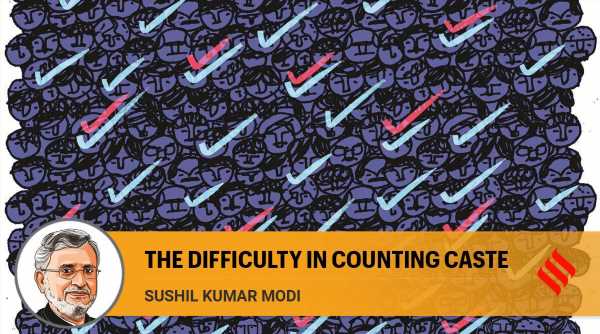 There are many technical, logistical and operational difficulties for the Centre. However, states are free to conduct a caste census 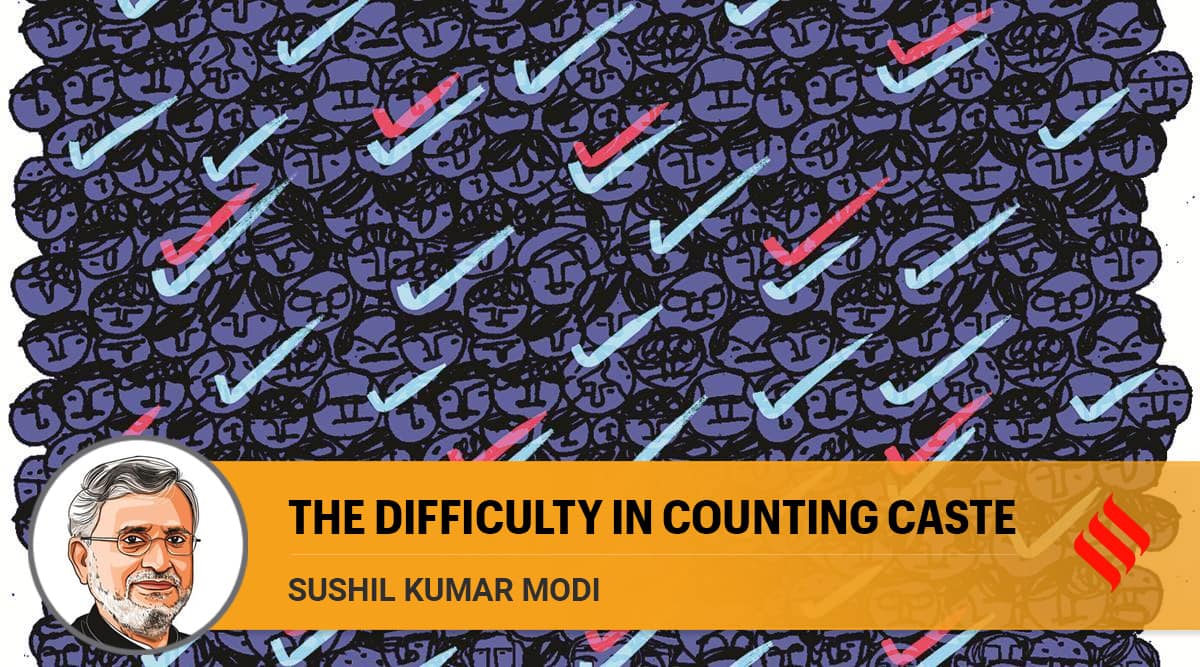 The Indian census is a pageantry of statistics. Every decade, it rallies the largest administrative capacity in the world’s second-most populous country. The upcoming census would be critical to gauge the country’s latest demographic dynamics but as the date draws closer, the popular demand for caste enumeration has recurred. Ever since the reservation quotas for backward castes were implemented in 1992, as per the Mandal Commission report, the demand for a caste census by political parties has arisen before every census.

Every census until 1931 collected caste data, but starting from 1951 to 2011, in every census in independent India, but for SC/STs, no caste data were collected. On May 7, 2011, the then Home Minister P Chidambaram had stated in the Lok Sabha that India after independence decided as a matter of policy not to enumerate caste-wise population other than SCs and STs.

Sections 330 and 332 of the Constitution provide reservation criteria for SCs/STs in the Lok Sabha and state legislative assemblies in proportion to their population. Thus, there exists a constitutional mandate for enumerating SC/STs. But there is no constitutional provision requiring the same for other backward castes/classes.

The demand for caste enumeration along with the population census, 2021, fails to recognise the complex issues related to the matter, and, as a consequence, the stance of the government. As quoted during a parliamentary debate on caste census, the Office of the Registrar General held that doing so can jeopardise the whole exercise of census itself. There are a host of technical, logistical and operational difficulties associated with enumerating caste along with the main census, rendering it infeasible.

Hence, the UPA government had rejected the original plea of conducting a caste census along with the 2011 census but due to political pressure, conceded and conducted a separate Socio-Economic Caste Census (SECC) without due preparations and expended over Rs 5,000 crore.

The immediate glaring issue was “misclassifications”. People use their clan (gotra), caste and subcaste interchangeably; there are phonetic similarities in caste names and different spelling variants, thus bloating the enumeration and returning a tally of castes far exceeding the actual number.

While the central list has 2,479 OBCs, the state and UTs lists have 3,150 OBCs — including subcastes. The data yielded 46 lakh caste names and has been beyond the scope of proper categorisation. To lend perspective, the 1931 caste census in India had reported only 4,147 castes.

The SECC 2011 data for Maharashtra alone reflects the magnitude of inaccuracies, wherein the number of castes came to 4,28,667, but the official state’s backward caste list has only 494. Moreover, 99 per cent of the castes enumerated had a population of less than 100, thus making this a poor metric to apportion reservations. Overall, in the SECC 2011 data, there were over 1.18 crore errors. Due to such irregularities and inconsistencies, the caste data from the SECC 2011 wasn’t made public.

The ruling majority at the Centre has never been opposed to a comprehensive caste census. In 2010, BJP parliamentarians like Gopinath Munde, Hukumdev Yadav had passionately sought a caste census. The party’s stance seems clear from the fact that the BJP joined the comprehensive proposal from legislative assemblies of Bihar and Odisha to pursue the possibility of conducting a caste-based census. Besides, senior BJP leaders were even present at Bihar and Jharkhand’s all-party delegation to the PM and Home Minister.

The Government of India, in a reply affidavit to a Supreme Court petition, stated the challenges and issues with SECC 2011 and asserted that preparations for the census begin 3-4 years before the actual data collection. The training manuals for surveyors, guidelines and other relevant materials have been prepared in 16-18 languages. For the 2021 census, for the purpose of house listing, the series of questions have already been finalised after piloting them through field trials in August-September 2019. Besides, the government had already notified on January 7, 2020, the 31 questions to be asked from all persons. Thus, the inclusion of additional questions is not feasible at this stage.

It is mistakenly asserted that the questionnaire just needs an additional column for caste. The upcoming census will be done on digital devices, and hence a drop-down menu, codifying every option available for the response, has to be added. While the exercise of adding a column can be done easily for SCs/STs as there exists a definite list for them, the case of OBCs is different. It will be impractical to amend so many preparatory materials, retrain the enumerators, re-run trials for the upcoming census, this late in the day.

In India, the OBC list is not unique to the central government: Thus, there exist two separate lists for the same and there are variations across states. There are five states which do not have a list of their own, while some states follow different interpretations of who can be counted among OBCs — some include “poor and destitute children” as OBCs, some count Scheduled Castes who have converted to Christianity in this category.

It is argued that a caste census along with the official census shall enable governments to map the population with better granularity. While the rationale is apt, the path isn’t. There is a wide variation in caste hierarchies across India and the path should be that states that want to can go about enumerating caste at their level.

Certain states have already gone ahead and conducted their own caste census. In 2015, the then Congress government of Karnataka expended Rs 147 crore for the exercise, but finding the total of some prominent castes to be below expectations, didn’t publish the results. The Odisha government’s endeavour for a caste census has been disrupted by the pandemic. In 2014, the Telangana government did the “Samagra Kutumba Survey” wherein backward castes were found to constitute 51 per cent of the population. Even the Kerala government has decided to conduct its socio-economic Survey to identify the economically backwards among upper castes.

Thus, if states wish to go about their own caste census, they are free to do so. No approvals from either the Centre or any court are necessary. Here, it is critical to realise that the issue is not with “caste census” per se — after all, reservations are caste-based. The only issue is with the Union government’s inability to do so.

Currently, the Maharashtra government’s petition related to the caste census is pending with the Supreme Court. Previously, the Madras High Court’s decision to conduct a caste census was overturned by the Supreme Court. Even in the Pattali Makkal Katchi Vs Union of India, on the same issue, the apex court had discarded the petition in 2009. While states can certainly posit their views, the final adjudication by the apex judicial body must be awaited.

This column first appeared in the print edition on October 8, 2021 under the title ‘The difficulty in counting caste’. The writer is former deputy chief minister of Bihar and a BJP MP, Rajya Sabha.