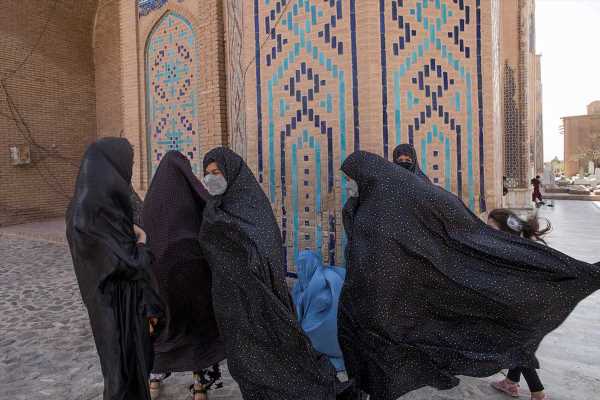 The Western powers appear to regard Delhi as the most logical destination in the region in these extraordinary times — as a counterpoint to the ascendance of political Islam and a rising red star over Afghanistan, observes Ambassador M K Bhadrakumar.

The best part of the visit by Nikolay Patrushev, secretary of the security council of the Russian Federation, to New Delhi (September 7-8) was that the two countries may embark upon a voyage of discovery of each other at a phase in their relationship when the US-led Quad irrevocably sets them apart and as Delhi climbs on board the US’s Indo-Pacific Strategy to fight the Chinese on the beaches, in the hills and in the air.

The Americans are, of course, back on the Cold War era track obsessed with weakening and possibly dismembering Russia, if they can, to realise their elusive dream of ‘nuclear superiority’.

Contradictions are galore in the contemporary world situation and the India-Russia relationship is no exception.

Look at the feisty mood in Delhi, feting two Australian ministers and confabulating with them on the ways and means to bully the Taliban government in Kabul.

Our External Affairs Minister S Jaishankar didn’t seem to be aware that the Australian troops fled from Afghanistan overnight when it got exposed that they had used Afghan civilians for target practice and did many heinous things in their host country!

Yet, India and Australia worry today over the plight of Afghan women under the Taliban!

Succinctly put, the great convergence between the security czars of India and Russia is that they represent nations with large restive Muslim populations who feel aggrieved over suppression.

Delhi and Moscow worry that the ascendancy of political Islam in their immediate external environment could radicalise their own Muslim population.

Yet, the small print is that Patrushev is actually the third czar in a row to drop by within the week — after Richard Moore, the head of the UK Secret Intelligence Service or MI6, and William Burns, the chief of the US Central Intelligence Agency.

The Western powers appear to regard Delhi as the most logical destination in the region in these extraordinary times — as a counterpoint to the ascendance of political Islam and a rising red star over Afghanistan.

The BBC’s build-up over Afghanistan has an eerie similarity with what it attempted a few months ago to orchestrate in Myanmar and Belarus — a ‘colour revolution’ via the skilful use of social media to overthrow regimes on China and Russia’s underbelly and encircle them with an arc of hostile power centres.

The weaponisation of the human rights issues comes easy for the West.

Do the chic English-speaking Afghan women truly represent their country?

What about ‘The Other Afghan Women’,”which is the title of a fabulous essay in the New Yorker magazine penned by Anand Gopal, one of the best chroniclers of the Afghan war in the Western world and the author of the acclaimed 2014 book No Good Men Among the Living: America, the Taliban, and the War through Afghan Eyes?

Gopal exposes that the Afghan countryside has an entirely different story to tell than the urbanites excited by the urgings of social media. More than 70% of Afghans do not live in the cities.

Gopal writes that in rural areas, the realities are entirely different from what the BBC’s Razia Iqbal and Lyse Doucet would have us believe.

Life in the rural areas under the boots of the US military and Amrullah Saleh’s NATO-trained Afghan Special Forces was ‘pure hazard; even drinking tea in a sunlit field, or driving to your sister’s wedding, was a potentially deadly gamble’.

Here’s an excerpt from Gopal’s essay:

‘Some British officers on the ground grew concerned that the US was killing too many civilians, and unsuccessfully lobbied to have American Special Forces removed from the area. Instead, troops from around the world poured into Helmand, including Australians, Canadians, and Danes. But villagers couldn’t tell the difference–to them, the occupiers were simply “Americans”.’

Pazaro, the woman from a nearby village, recalled, ‘There were two types of people — one with black faces and one with pink faces. When we see them, we get terrified.’

The coalition portrayed locals as hungering for liberation from the Taliban, but a classified intelligence report from 2011 described community perceptions of coalition forces as ‘unfavorable’, with villagers warning that, if the coalition ‘did not leave the area, the local nationals would be forced to evacuate’.

That was already the desperate point reached 10 years ago — and still there was another 10 years to go under the western occupation.

Human security, unlike a country’s, is absolute — not only because you live only once or because your daughter may lose her innocence only once.

What is life worth if you are used for target practice by young inebriated Australian soldiers or sodomised by your own country’s security forces?

Typically, just before vacating the occupation on August 31, the US troops committed a final act of crime — the last testament — by killing with drone an aid worker and a family of seven small children, and brusquely lying that the man was an ISIS terrorist.

Haven’t these Anglo-Saxons had their fill of human blood in modern history?

But the Americans are so vengeful that they won’t even allow Afghans to spend their own money.

Shouldn’t the US be addressing its own problems instead of bullying other peoples?

A microscopic virus just took away 677,737 American lives through the past year-and-a-half…

How could such a country heaving with sorrows have iron in its soul?

What is being meted out to the Afghans by the Biden administration is cruelty.

Make no mistake, Prometheus, Sisyphus, Corinth, Actaeon — they were made horrible examples by the ancient Olympian gods for much lesser crimes.

It could be a Christian virtue and will certainly be an act of atonement if President Biden returns to the Afghans their 9 billion dollars for meeting their immediate needs, and allows the World Bank and the IMF to assist that country to pull through this lowest point in their proud history.

For good or bad, leave it to the Taliban and fellow Afghans to figure out their way forward.

Ambassador M K Bhadrakumar, who headed the Pakistan-Iran-Afghanistan desk at the ministry of external affairs in the 1990s, served the Indian Foreign Service for 29 years.