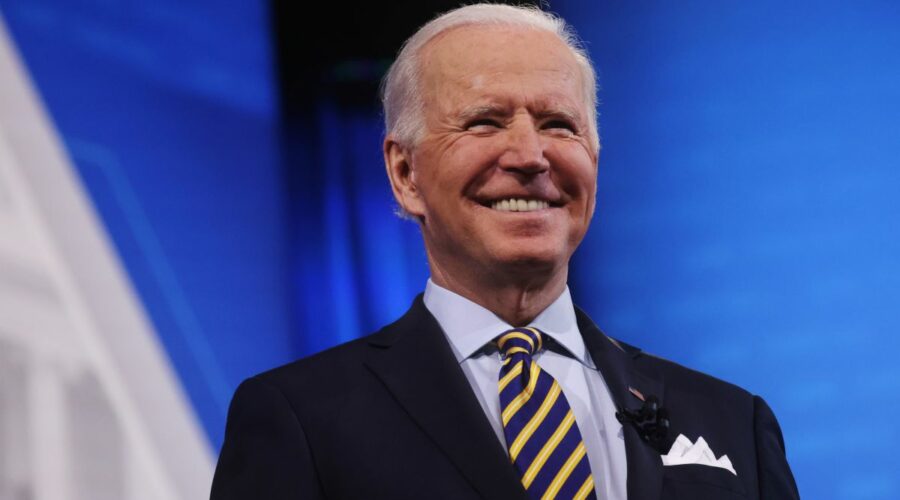 The reduction of tension on the Chinese border may have reduced the urgency of a Biden-Modi meeting, but the sooner Modi starts a bromance with Biden the better as he had done with Obama and Trump, suggests Ambassador T P Sreenivasan.

Ever since it became clear that Joe Biden would be President of the US, India was preoccupied with the question as to what his policy towards India would be.

But now, as he completes the first month in office, Biden has revealed his cards through his own statements and telephone calls carefully calibrated by the White House staff and the comments of his newly appointed cabinet members.

But there has been no public response from Delhi to help the President understand Indian sensitivities.

Presumably, this is taking place between the officials of the two countries, but there is very little public debate on the good, the indifferent and the problematic aspects in the emerging India-US relations.

The White House has clarified that the order in his calls to friends and foes has no particular meaning, but we have noted that his call to Prime Minister Modi came even when Israel, Turkey and China were waiting for their turns.

India was the first among non-treaty allies to be called.

But reading between the lines of the read outs of the two sides, there are hints of differences even on democracy.

The White House readout mentions that Biden spoke about his commitment to spreading democratisation, while the Indian transcript does not.

This may be seen as an indication that Biden will not be uninterested in domestic social cohesion, the state of democracy and freedom of speech in India.

Linked with this is Biden’s intention to revive an initiative taken at the time of Madeleine Albright to set up a Community of Democracies with a vague UN linkage.

India should attend, but recall at this stage the last experience of such an exercise, which did not have the desired results.

It was hard even to choose the democracies to be included.

India has not been in the business of evangelising for democracy.

On democracy in Burma, the US position is different from ours.

We have dealt with the army even before Aung San Suu Kyi joined hands with the army and the US had shown understanding of our stand.

But if Biden takes a tough stand on the military leadership of Burma and imposes sanctions, the investments we have made in that relationship will be wasted.

The limitations of democracy in Burma, which has several insurgency groups may have to be driven home to the Americans.

At the recent Quad ministerial meeting, the US appears to have modified its position.

The participants, while reiterating democratic values of the region, expressed commitment to ‘upholding rule-based international order’ and ‘peaceful resolution of disputes’, in accordance with the Indian position.

Biden clubbed Russia and China together as advancing authoritarianism, including the growing ambitions of China to rival the US and the determination of Russia to damage and disrupt US democracy.

He gave pride of place to Russia for taking aggressive actions and pledged to work against it with the allies of the US.

His condemnation of the treatment meted out to Navalny is no matter to India.

But Biden must not be unaware of our special relations with Russia and the exemption given to India to import S-400 missiles.

It may be necessary to ensure that that the US does not see our relationship with Russia as hurtful to the US.

Biden’s description of the threat from China as the most serious competitor is music to our ears, but it is clear that he will take a lenient view of areas in which the two countries have the scope to work together.

He did not mention India-Pacific in this context, but his defence secretary had unequivocally supported the Quad dialogue as an important part of keeping the region peaceful and free of interference.

In fact, India-Pacific is the only area in which Indian cooperation is being sought.

American return to the Paris Agreement has been universally welcomed, but there is a tone of coercion when Biden speaks of raising the ambition of climate targets.

‘That way we can challenge other nations, other major emitters,’ he declares.

Since the Paris Agreement does not endorse “common but differentiated responsibilities” and the principle of per capita emissions, India is likely to come under pressure in the negotiations.

A special representative may have to be appointed to begin discussions.

The scaling down of American relationship with Saudi Arabia may have no implications for us, but together with the uncertainty of the Iran nuclear deal, the situation in West Asia may take a turn for the worse for which we need to be prepared.

The prospects of an end to the war in Yemen is welcome.

The renewal of the appointment of the Afghan envoy is a good sign, but Biden’s position on Pakistan and cross border terrorism will crystallise only after the Afghanistan issue is settled.

Biden is not likely to restore funding to end terrorism, as Pakistan’s duplicity in the matter is well documented, but he will have to reward Pakistan in some way if the Afghan deal is helpful to the US.

Given Biden’s past association with Pakistan, there is some concern in India about his Pakistan policy.

Even though we were tantalisingly close to a trade agreement with the Trump Administration, nothing came of it because of other preoccupations.

We should actively lobby with the Biden administration to begin trade talks, even though he has stated that he is in no hurry to sign any new trade agreements.

Biden’s reference to ‘middle class diplomacy’ opens up the possibility of some limited trade agreements involving certain goods produced by the middle class in the US.

After having waited for the phone call from Biden, the world leaders will be now waiting for their turn to visit Washington.

This will depend on the success in controlling, if not eliminating COVID-19.

The reduction of tension on the Chinese border may have reduced the urgency of a Biden-Modi meeting, but the sooner Modi starts a bromance with Biden the better as he had done with Obama and Trump.

Ambassador T P Sreenivasan (IFS 1967) is a former Ambassador of India and Governor for India of the IAEA.
A frequent contributor to Rediff.com, you can read his fascinating columns here.