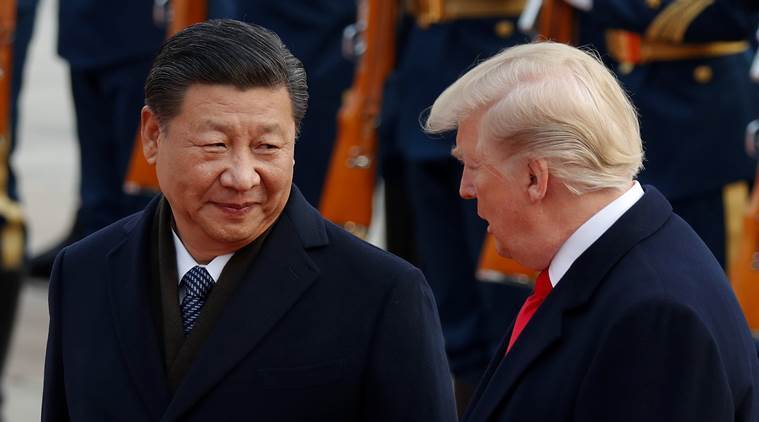 “China should not retaliate — will only get worse.” That was just another late evening tweetstorm from the White House. China will turn “peril into opportunity,” retorted China Central Television, reminding the people engaged in this “people’s war” that as a nation that has “experienced 5 years of wind and rain,” it was ready for pretty much anything. The US-China trade war has not only added tariffs and jitters but is headed towards a tweet-for-tat escalation with no clear end.

In case you missed it, here is a quick recap. Donald Trump rides into office with many promises, one of them being standing up to the Chinese for currency manipulation, unfair trade practices, intellectual property theft and taking away American jobs. In January 2018, he starts following through in earnest with an enquiry into Chinese intellectual property theft, followed by a string of tariffs on Chinese imports, to which the Chinese — predictably — retaliate. Then, the situation escalates as talks to de-escalate fall through. The US jacks up tariffs on $200 billion worth of Chinese goods to 25 per cent from the previous 10 percent and threatens to add another 25 per cent tariff on an additional $325 billion worth of goods. Again, predictably, the Chinese retaliate with tariffs hiked from 10 per cent to 20-25 per cent on $60 billion worth of US goods.

Here are three questions you should ask about what happens next: How long can the standoff last? How will it end? Why should India care?

To get a sense of how long the standoff might last, it is useful to keep in mind that other than Trump, neither party should really want to do this. Trump, buoyed by a strong US economy and blissful ignorance of elementary economics, claims that the Chinese will pay for all this. Even his — otherwise loyal — television economist, Larry Kudlow, who directs the National Economic Council, admits both sides will pay. Kudlow has been wrong on many things in the past; this time, for a change, he is right. Both are hurt by a trade war and ought to prefer a swift end. American soyabean exports to China have plummeted, while the Chinese risk losing share among the US consumers and firms that voraciously use Chinese-made products and US consumers and firms pay higher prices when there are few alternatives to the Chinese import. The Chinese have fewer products on which to levy retaliatory tariffs and would have to turn to other weapons in their arsenal if the standoff lasts too long — selling part of their enormous holdings of US treasuries or weakening its currency, making its exports more competitive despite the tariffs. Both sides desperately need off-ramps.

As a sign that there has been some cautious thinking, tacticians on both sides have left a window of opportunity for a deal — or either side coming to their respective senses. China’s tariff hike goes into effect on June 1, while the US has imposed the higher levies on goods shipped from China on May 10 only when they eventually arrive on American shores. Then, of course, both presidents, Trump and Xi, are due to meet at the G20 summit in late June. In other words, there are a few opportunities in the near future for a resolution.

For the standoff to end, both sides need to score a win; neither Trump nor Xi can emerge from behind closed doors looking like a loser. Here is one scenario for closure: Trump ticks the box that lets him say he has been tough on China, as he had promised. A period of extreme tweeting, high tariffs and declaration of victory which can be used as proof of toughness in campaign rallies can serve that purpose. His base has, thus far, not been too finicky about the facts; so why would this time be different? The Chinese should just give him room to let him do that. In the meantime, Xi has already declared himself president for life. This means he cannot afford to appear weak by making any substantive concessions that could hurt China’s growth, especially in an already slowing economy. Ironically, if Xi were to concede there would be even more reason for American companies to do business with and in China — this would mean even fewer jobs for American workers. Trump’s only real option is to let Xi get away with some minor or superficial adjustment in China’s trade or intellectual property practices.

Will Trump readily see this logic? Not necessarily, since he has been an ardent believer in tariffs and protectionism since the 1980s, when the Japanese were the bad guys preying on the US. Other than replacing the Japanese with the Chinese, his worldview has remained ossified. Time will, however, run out on him as the US elections pick up steam and the trade war begins to bite and his base complains that the jobs are not returning, soyabeans are not selling and the economy is slowing. It will be easier for him to reach a deal now than in the thick of the election year.

It’s a bilateral spat, but others, such as India, are affected both positively and negatively. Theoretically, India ought to emerge as a beneficiary from a US-China trade war, since Indian exports could become more competitive. Shrimp exporters, for example, are reporting an opportunity to grow in the ready-to-fry, ready-to-eat and other value-added seafood products. How big are these benefits? Not much. There is relatively limited overlap between India’s primary exports to the US (diamonds, generic pharmaceuticals and machinery being the top three besides services) and China’s primary exports to the US (electrical and other machinery, furniture and toys and sports equipment). Even in the category of machinery, there is gigantic difference in scale; India’s machinery exports to the US last year were $3.3 billion versus China’s $152 billion in electrical machinery and $117 billion in machinery. It is hard to see how China’s pain will result in a significant gain for Indian exporters.

There is a genuine concern that excess unsold inventory of Chinese exports will be dumped in India.  A more significant concern for India is the global slowdown being predicted by the IMF, partly due to the US-China trade war. India’s exports have been suffering of late and a global slowdown will make the situation even worse. The crisis can have an impact on the Indian economy and jobs —  and make the life of Indian exporters more difficult.

The Cold War was an escalation of bombs that were, thankfully, not deployed. This trade war is an escalation of bombast. Unfortunately, the bombast is also accompanied by genuinely value-destroying tariffs and protectionist policies. When the warring parties are the world’s two biggest, and entangled, economies, everyone gets hurt — even in countries such as India, supposedly sitting on the sidelines.

(The writer is the Dean of Global Business at The Fletcher School at Tufts University, founding executive director of Fletcher’s Institute for Business in the Global Context and non-resident senior fellow of Brookings India)