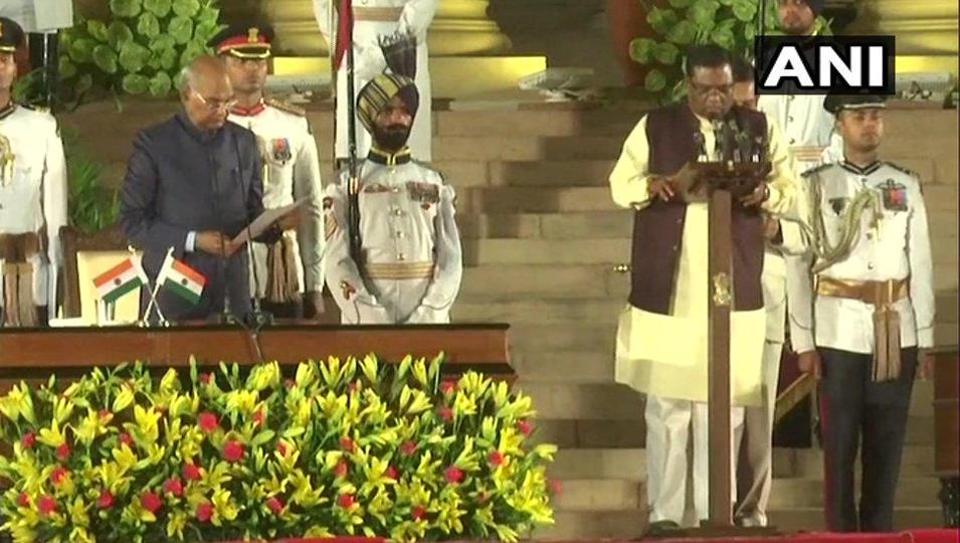 President Ram Nath Kovind intervened twice to remind the ministers taking oath as part of PM Modi’s ministry on Thursday that they had omitted a word.

Mansukh Lal Mandaviya (minister of state with Independent charge) and Faggan Singh Kulaste (Mos) did not repeat ‘I’ in the second instance. The word is usually repeated with the President, once when they are taking the oath of office and the second time during the oath of secrecy.

The other leader who fumbled during the oath taking was Raosaheb Danve from Maharashtra. He also ended his oath with ‘Bharat Mata ki jai’.

Nityanand Rai too fumbled as he went about his oath. Ratan Lal Kataria was corrected by the President as well.