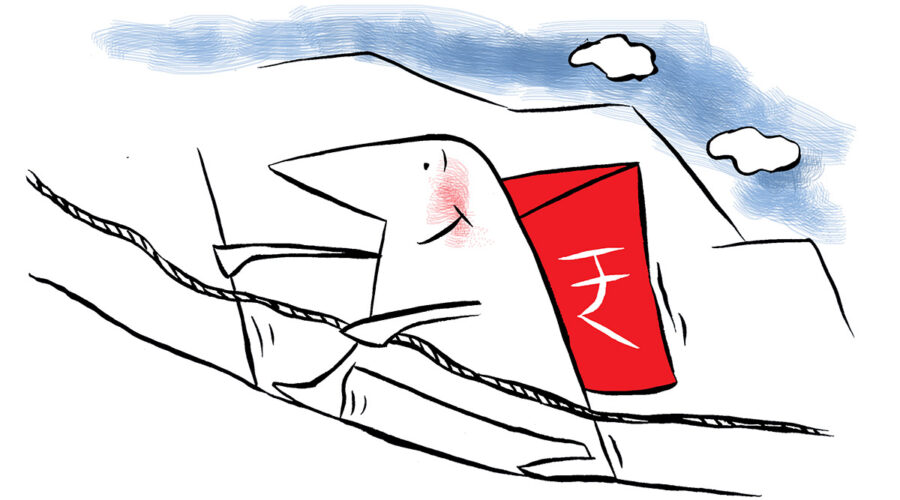 It’s the first time in my memory that I have seen a negative expected return for equities, notes Akash Prakash.
Hopefully, this implies the consensus is being too negative, and markets, as usual, will surprise everyone and deliver the least likely outcome.

Severe wealth destruction globally marked 2022. Both stocks and bonds ended the year down.

Global equities, as defined by the MSCI All World Index, declined by almost 20 per cent, their worst performance since 2008.

Technology stocks, the darlings of the bull market, led the way down, with the Nasdaq composite index declining by 33 per cent.

More specifically, technology titans Tesla and Meta were down as much as 65 per cent.

Bonds were also not the place to hide, with the Bloomberg Multiverse index, tracking global government and corporate debt, declining by 16 per cent, the worst performance for bonds since 1931.

The 10-year US bond yield, which started the year at 1.5 per cent, ended at 3.9 per cent, the sharpest rise in yields in decades.

It was an incredibly difficult period for all assets. Except the US dollar, no other major asset class was in positive territory for the year. Oil was flat.

Having gone through 2022, most financial commentators are now focused on the new year.

What will 2023 hold for market players? There is the usual flood of market outlook pieces from all the major investment banks and research houses.

There seem to be two main controversies that are exercising the mind of market participants.

First is the path of inflation and monetary policy.

Everyone is more or less convinced that inflation has peaked in the US, and will soon do so in Europe.

The leading indicators of inflation are in decline and core goods inflation is in a free fall.

Inflation, excluding housing, is also rolling over. There is little dispute on this.

What is far more controversial is the pace and trajectory of decline, and how long it will take to come back to 2 per cent.

While markets currently expect the Fed funds rate to peak at 5 per cent in the middle of 2023, and rate cuts to commence in the second half of the year, many have a much more bearish view.

The bears do expect inflation to come down, but at a slower pace and thus expect no rate cuts till mid-2024.

They cite history and how once the Fed has fallen this far behind the curve, it takes longer to tame inflation and real rates have to move into positive territory for a sustained period to tame the inflation beast. Real rates even today are in negative territory.

Depending on your view of where we are in the inflation cycle, the terminal rate forecast on the Fed funds will differ, and so will your expectation on bond yields, both peak rate and trajectory.

Different views on rates obviously impacts your view on multiples and markets.

This view will determine your outlook on long-duration assets like growth stocks.

It will also impact your assessment of the dollar, and whether we have seen the peak for this cycle or whether this is just a pause that refreshes the dollar bull cycle.

Some believe that the markets will revert to the previous pattern of strong outperformance of technology and growth stocks, and the US will continue to dominate.

Many others think that steep corrections of the type we are now experiencing reset market leadership.

The winners of the past cycle will not be the outperformers in any new cycle.

Where we are in this debate may be rooted in your outlook for where rates settle.

The second controversy is over a US recession. Will there be one? When? How severe? What will be its impact on corporate earnings and the markets?

The Bloomberg consensus of economists shows a small majority (60 per cent) now expect a very mild recession in the US.

The mean forecaster is pencilling in the mildest recession in US history as their forecast.

This mildness is based on the still robust jobs market and excess personal savings built during the Covid stimulus.

In almost every post-War recession, we have seen a decline of between 2 and 4 per cent in peak to trough GDP.

The current consensus forecast is for a peak to trough decline of 0.2 per cent in this upcoming recessionary episode.

While this forecast seems too optimistic and while economic models are linear, the risks are nonlinearities, and they may not matter as the depth of a recession has limited correlation with the subsequent equity market drawdown.

My view remains that we will see a recession in the US, beginning in 2023 and it will not be as mild as the current consensus seems to indicate.

Every recession in the US in the post-War era has only occurred after the two and 10-year yields have inverted.

The shortest lag between inversion and a recession has been eight months with an average lag of 19 months.

The 2s-10s curve only inverted in March 2022, implying that we should be on recession watch from the second half of 2023 onwards, going by history.

Deutsche Bank has produced a composite index of 10 leading indicators to predict a recession and this composite is now at previous recessionary levels, indicating very high recessionary risk.

Given that the recession in the US has not even started, it does seem premature to call for a market bottom already.

What also worries me is that every Fed hiking cycle in the post-Bretton Woods high-debt period has led to an accident in asset markets somewhere in the world.

In this cycle, with no Fed put, given the inflation fight, the unprecedented negative yields and central bank balance sheet expansion, it seems impossible that we will not have a major shakeout or an accident somewhere.

While commentators point to FTX and crypto, I don’t think they are mainstream enough to qualify.

Unfortunately, more accidents may be lying in wait, especially as we begin to see the real impact of global quantitative tightening in 2023, a truly uncharted territory.

Encouragingly, the consensus is now forecasting a decline in equity markets in 2023 for the US.

It’s the first time in my memory that I have seen a negative expected return for equities.

Hopefully, this implies the consensus is being too negative, and markets, as usual, will surprise everyone and deliver the least likely outcome.

One consensus view that I do agree with, however, is the rotation of leadership away from US stocks towards emerging markets.

This long anticipated leadership change has simply not happened after the global financial crisis, and seems long overdue.

The conditions seem right for this to now work.

In that sense, 2023 is shaping up to be a really interesting year.

Your view on inflation and a US recession will determine your stance and market positioning.

Akash Prakash is with with Amansa Capital