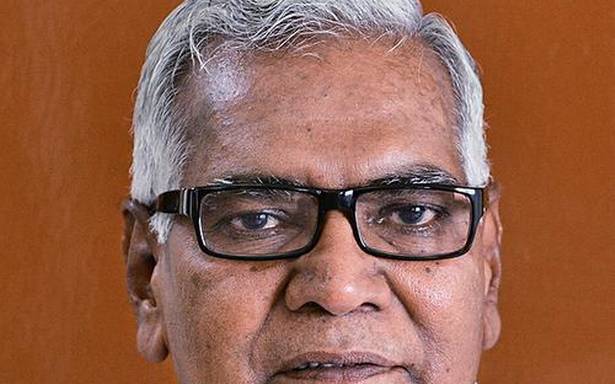 ‘There should be a serious agenda and commitment to people’

No one should fight elections for the sake of fighting elections, Communist Party of India (CPI) general secretary D. Raja told presspersons here on Monday when asked about Makkal Needhi Maiam (MNM) contesting the Assembly elections this year in the State with a promise to bring about a change.

On the election results in Tamil Nadu, Mr. Raja said, “We hope it will be an overwhelming victory (for the DMK-led front).” As pointed out by many, it could be a sweep, maybe a landslide victory for the DMK-led front. Tamil Nadu was preparing for a change in government. People wanted to remove the AIADMK from power and not allow the BJP to gain foothold in the State.

The AIADMK had failed to defend the interests and rights of the State. It had become a kind of an appendage to the BJP. It did not have an independent position and the courage to express its dissent on policies pursued by the Union government, Mr. Raja said.

The results of the elections in Tamil Nadu, Puducherry, Kerala, West Bengal, and Assam would be the beginning of the defeat of BJP’s rule at the Centre. The Indian Constitution defined Indian State as a secular and welfare State. The BJP was neglecting both these. It was not a political party, but the political wing of the RSS, which aimed at destroying the democracy, he said.

The Election Commission had the mandate from the Constitution to conduct free and fair elections. “Money power plays a dirty role in the electoral process in our country.” The BJP was the only party that had made money using electoral bonds. The concept of electoral bonds itself was wrong. Now, the BJP was taking advantage of it, he alleged.

On Prime Minister Narendra Modi’s claim that he had done satyagraha for the freedom of Bangladesh, Mr. Raja asked, “Where was the BJP in 1971? Fascists always believe in lies and spread lies and they think if lies are repeated, people will be forced to take it as truth. Mr. Modi is the Prime Minister. He should not speak falsehood,” Mr. Raja said.