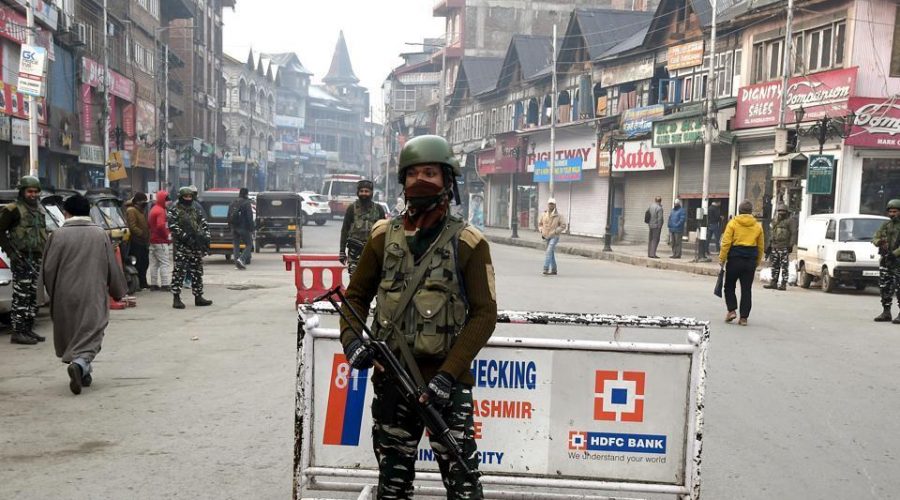 When the European Union ambassador to India, Ugo Astuto, said the grouping wants an end to the current restrictions in Kashmir, on Tuesday he was only reflecting concerns among European and Western nations about the security lockdown and communications blackout imposed in August.

Privately, most European and Western diplomats and officials describe the changes made by India in the erstwhile state of Jammu and Kashmir on August 5 as an internal matter of the country. But they also express growing anxiety about the pressure that is apparently building up in Kashmir because of the widespread restrictions and continuing detention of hundreds of people, including top political leaders.

India has claimed that the developments in Kashmir are its “internal affair”, the situation is normal, restrictions have only been put in place to secure lives and have been eased, and there has been no violence despite attempts by terrorists to disturb peace.

Here’s a look at how European countries, the US, the UK, China and Arab states have reacted to the situation in Kashmir:

The US: During a hearing convened in October by the US House committee on foreign affairs, the Trump administration’s pointperson for South Asia, Alice Wells, and assistant secretary Robert Destro of the bureau of democracy and human rights acknowledged the “absolute hardship” faced by Kashmiris. “As President Trump emphasised, Prime Minister Modi made a commitment that the recent changes to the status of Kashmir will improve the lives of the Kashmiri people, and we look to him to uphold this promise,” said Wells, who also called on India to resume political engagement in Kashmir. Wells said the US is interested in the “next steps in engagement” and hopes “to see rapid action in the lifting of the restrictions and in the release of those who have been detained”.

Besides the House panel, the Tom Lantos Human Rights Commission also convened a hearing to look at the human rights situation in Kashmir, and Indian-American congresswoman Pramila Jayapal has introduced a Congressional resolution in the House of Representatives that urged India to lift restrictions on communications in Kashmir as swiftly as possible and preserve the religious freedom of all people.

The EU: In a statement at a European Parliament plenary debate on the Kashmir issue in September, former EU high representative for foreign policy Federica Mogherini called for the lifting of remaining restrictions and maintaining the rights and fundamental freedoms of the Kashmiris. She also called for direct dialogue between India and Pakistan to find a peaceful solution, saying the world cannot afford another escalation in Kashmir.

Finland: Foreign minister Pekka Haavisto of Finland, which now holds the rotating presidency of the Council of the EU, expressed concern last month over the situation in Kashmir, especially “human rights…the detention of politicians which is prolonged…and the safety of the people in the region”. He said: “We have heard the Indian explanation of the actions that have been taken but of course the situation is not sustainable.” Haavisto also called for UN observers and diplomats to be allowed to travel to Kashmir to assess the situation.

Germany: During a visit to India in November, Chancellor Angela Merkel said: “The situation now for the people (in Kashmir) is not good and not sustainable. This has to be improved for sure.” The Kashmir issue is also believed to have figured in discussions between the two sides during her visit.

Sweden: Days ahead of a visit to India last month, Swedish foreign minister Ann Linde described the situation in Kashmir as “worrying” and said her country supports a “bilateral political solution through contacts between India and Pakistan”. She said an escalation of the situation in Kashmir should be avoided and a long-term political solution must involve Kashmir’s inhabitants and called for the lifting of remaining restrictions.

The UK: British foreign secretary Dominic Raab has expressed concern over the situation in Kashmir and called for calm. British high commissioner Dominic Asquith has said the Kashmir issue must be resolved by India and Pakistan, taking into account the wishes of the Kashmiris. The UK, Asquith said, also wants to see India deliver on its pledges for the human and economic development of Kashmir.

The UAE: The United Arab Emirates was one of the first countries to react to the developments in Kashmir, with its envoy Ahmed Al Banna describing the revocation of Jammu and Kashmir’s special status and the decision to split it into two union territories was aimed at reducing regional disparity and improving efficiency. He also said this was an internal matter as stipulated by the Indian Constitution, and expressed the hope that the changes would improve social justice and security and encourage further stability and peace.

Saudi Arabia: The kingdom has privately expressed understanding for India’s position on Kashmir and its authorities have told Indian officials that they consider it an “internal issue” of India. A joint statement issued after a recent meeting between Prime Minister Narendra Modi and Saudi Crown Prince Mohammed bin Salman said both sides rejected “all forms of interference in the internal affairs of countries”.

China: One of the strongest reactions to the changes in Kashmir came from China, which described India’s decision to revoke Jammu and Kashmir’s special status as “not acceptable” and not binding. “Recently India has continued to hurt Chinese sovereignty by unilaterally changing domestic law,” foreign ministry spokesperson Hua Chunying said in August. She said India’s claim on Ladakh, as part of Kashmir, involved Chinese land. “This act is not acceptable and won’t be in any sense binding,” Hua said.

China also said India and Pakistan should “exercise restraint and act with caution, especially to avoid actions that unilaterally change the status quo”. It said the two sides should peacefully resolve disputes through dialogue.

Chinese foreign minister Wang Yi raised the Kashmir issue at the UN General Assembly in September and said it should be “peacefully and properly addressed in accordance with the UN Charter, Security Council resolutions and bilateral agreement”.

Pakistan: India’s arch-rival has repeatedly rejected the changes in Kashmir and called for them to be rolled back. It has also criticised the restrictions in place in the region and Prime Minister Imran Khan has warned several times that the situation in Kashmir could trigger a conflict between India and Pakistan that could lead to a nuclear confrontation.

Related posts:
12/11/2019 India Comments Off on What has the world said on Kashmir
TV & Movies