Aziza Sarwari writes: As of now, life has come to a standstill in my home country. I don’t know if, and when, I can ever return to my home country and touch my mother’s face. Now I only see her on video calls. 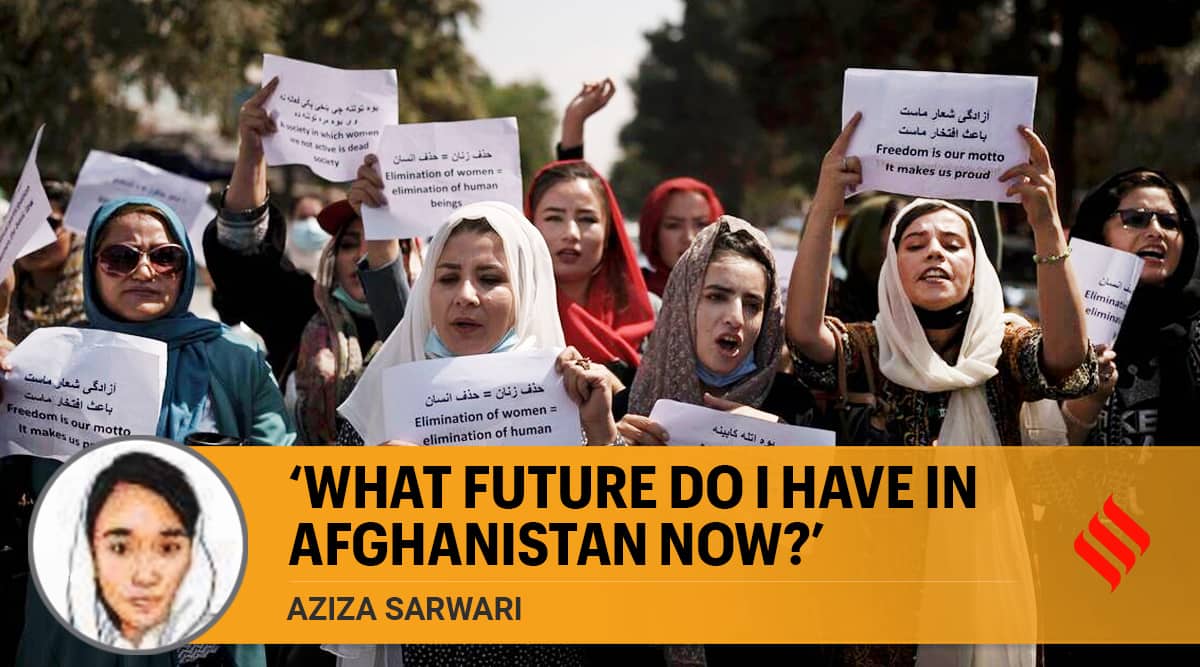 
About 10 days ago, my mother went out of our home for the first time since the Taliban took over our province. She didn’t want to, but she had no choice. The groceries were over and my father was not in town to go out. Since women are not allowed without a male escort, she took my younger brother with her. She kept praying no one would hit her for being out without her husband. That night, when I spoke to her, I felt so sorry for her because here I am, in India, with every imaginable freedom, and for my mother, even a visit to the market is fraught with fear.

I belong to Lal wa Sarjangal district of Ghor province, which is mainly populated by the Hazara community. We are four brothers and two sisters, I am the youngest. My eldest brother is studying abroad on a scholarship and so am I, in Pune. My younger sister, a school teacher, was supposed to get out this year, but we don’t know what will happen, now that flights are truncated.

I must have been a year old when the Taliban were driven out of Afghanistan, so I have never seen them in action. I have heard stories, from my mother, teachers and other women — of the hardships they had to face. They said it was as if the Taliban hate the existence of women.

Growing up, life was hard since we didn’t have the kind of facilities you all have here. The terrain is tough, we had just one government school and it was a temporary structure with mats on the ground. Education up to Class 5 was in Persian and while English was one of the subjects later on, I didn’t study it because we couldn’t find an English teacher.

Our society has always been a traditional one and we were required to wear the hijab; I have worn it since I was nine. We were not allowed to talk to boys and if we were caught talking to them, there would be ‘severe consequences’.

But at least there was some freedom. I could go to school, even if it was just a girl’s school. I could study what I wanted to. I could go to the market on weekends with my mother and sister, without a male escort. Most importantly, there was no fear.

After my Class 12, I went to Kabul to study. It was there that I heard about and applied for the ICCR (Indian Council of Cultural Relations) scholarships. And then, I came to India. After my Bachelor’s in Business Administration, I joined the MBA course in Pune University. I learnt English here. India feels so much freer than Afghanistan.

This time, the Taliban say they are different, that they will allow women to work and study, but the truth is, no woman is going out to work or study. In the initial days of the Taliban takeover, their soldiers went house to house, searching for women. That’s when my family sent my sister to my uncle’s house because his village is remote.

Only a few of my friends in Kabul are going to college. Those who do say classrooms are now segregated spaces. Worse, women have to wear the Taliban-prescribed niqab. We would cover up earlier too, but have you ever experienced the niqab? You cannot see your own waist, you trip and fall. It is so suffocating… you cannot breathe.

As of now, life has come to a standstill in my home country. I was hoping to return to Afghanistan after graduating but what future do I have there now? I don’t know if, and when, I can ever return to my home country and touch my mother’s face. Now I only see her on video calls.