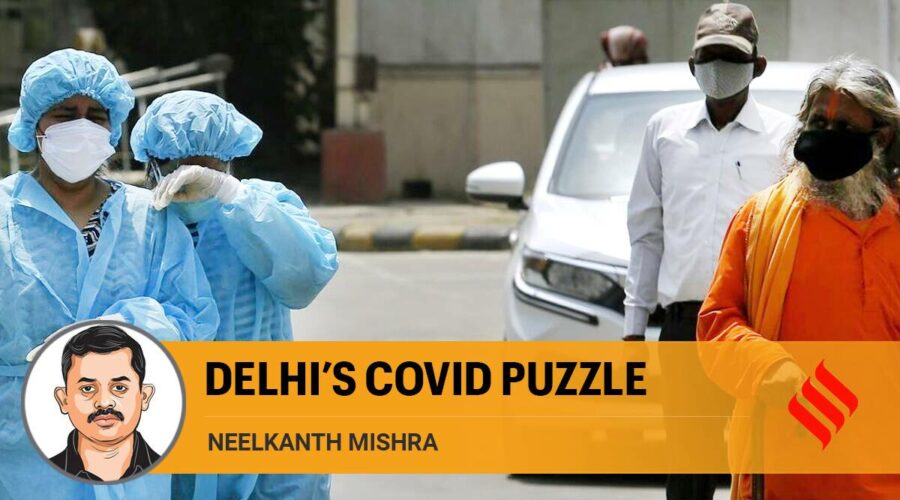 The surge in cases and deaths might be a result of patient migration from surrounding districts. A revamp of rural healthcare system is urgent. 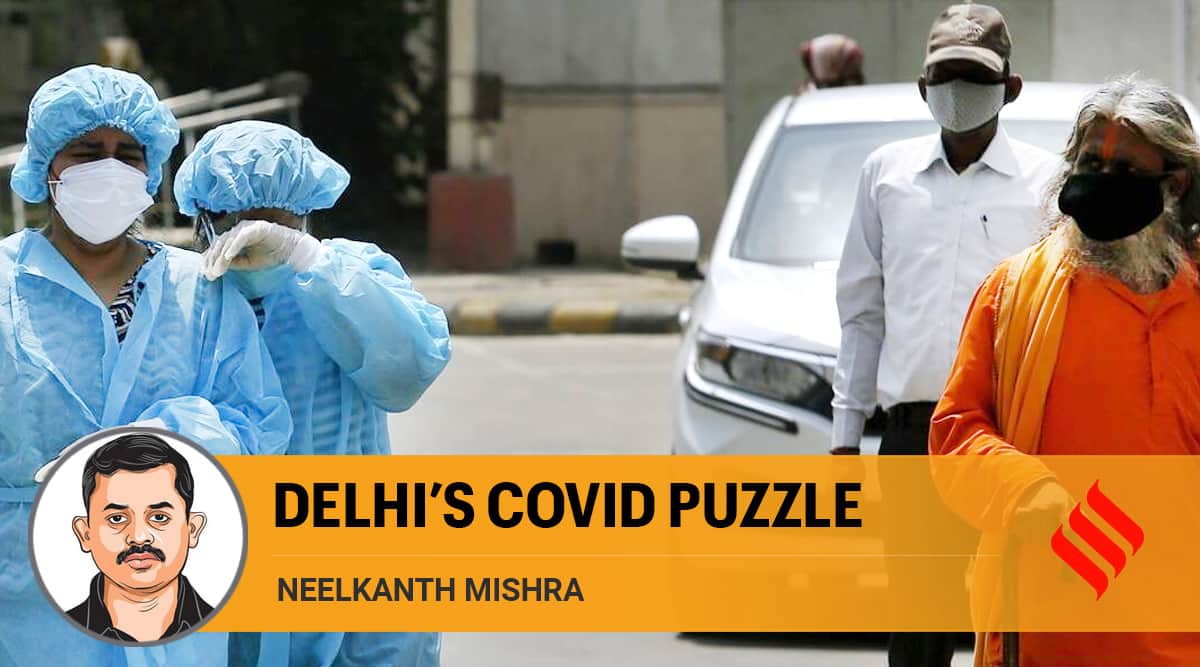 Does seroprevalence (the presence of antibodies) help at all in preventing serious infections and death due to COVID-19? If yes, then why is Delhi, which appears to have crossed herd immunity levels of infection, still seeing such a high number of daily new cases and deaths? Why are cities across north India reporting deaths several times higher than normal?

Let us start with Delhi. A study found that in January this year 56 per cent of Delhi residents had COVID-19 antibodies, suggesting that the number of infections in the city was 16 times the number of reported cases at the time: An infection becomes a case only after a test. This infection-to-case ratio appears high, but is nearly half the national average of 28 in December last year, and is consistent with a well-known characteristic of this disease, that most infections are asymptomatic.

Cases since January add up to about 3 per cent of the population, implying that even if the infection-to-case ratio was 8, another 24 per cent of the population has been infected. Add to that the 15 per cent who have received at least one vaccine shot, and we reach a hard-to-believe 95 per cent of the population with antibodies. There is undoubtedly some double-counting in this (some people have been infected twice; some after being vaccinated), the infection-to-case ratio may be lower in this wave, and the January seroprevalence study may have errors. However, even if the cumulative number is 75 per cent, it is above levels at which herd immunity is reached, making it hard to explain 24,000 new cases a day at a positive-test ratio above 30 per cent (a high ratio means cases are being under-counted). More importantly, even if re-infections occur or vaccinated individuals catch symptomatic disease, the probability of serious illness or death is materially lower. And yet, Delhi has been reporting more than 400 COVID-19 deaths a day, almost the same as daily registered deaths in a normal year due to all causes.

Suspicion that the virus evades antibodies is natural, but there is strong evidence of vaccines being effective against serious illness and death, including in India. Similarly, in Mumbai, the slums, where 57 per cent of the population was estimated to have antibodies at the end of the first wave, account for less than 10 per cent of active cases in the second wave, and the non-slums, where only 16 per cent had antibodies, are badly hit. More anecdotally, such trends have been observed in other cities too.

Why then is the impact not visible in Delhi? One reasonable explanation can be patient migration. Compared to the first wave, the virus appears to have made deeper inroads this time, with significant rural and semi-urban spread being reported from several states. Unlike last year, when district borders were closed for a long time, patients can now travel, and are most likely reaching neighbouring big cities in search of better medical care. Some states have sealed district borders, but one assumes and indeed hopes that patients in need of serious care are permitted to cross. The factors that led to the rural areas being largely spared in the first wave perhaps still apply (like higher pre-existing immunity and fewer social situations that spread the virus including air-conditioned offices, restaurants or malls) but higher infectiveness of the new strains could have increased their vulnerability. The lack of testing infrastructure may have exacerbated the spread.

This can also explain the abnormally high deaths in several cities in north and west India, where the daily death numbers have been reported to be several times above normal. This distress is not visible in the southern states, which have deeper penetration of healthcare services, and people do not have to travel to cities for relatively simple ailments. Even in cities where more than half of the population above the age of 45 (90 per cent of all COVID deaths are in this age group) has been vaccinated, death numbers are not falling. Nearly 60 per cent of the deaths are still occurring in districts with Tier-1 and Tier-2 towns, even though they account for only a third of the population. As only serious patients would make the long inter-city journey for medical attention, this influx of often earlier undiagnosed cases increases the reported case fatality ratio (CFR) in cities (the ratio of deaths to cases). In Delhi, despite the number of active Covid cases now falling, the number of occupied beds continues to rise. The inflow of patients from other districts also changes herd immunity dynamics (the calculation of the level at which a population reaches herd immunity assumes a closed system).

This hypothesis should not be hard to test: Home addresses of admitted patients even for a statistically relevant sample size should suffice. Obviously, the objective of this exercise would not be to deny access to “outsiders”, but to understand the problem better, and then devise the right strategies. More frequent seroprevalence studies, deeper spread of testing kits and involvement of ASHA workers to improve awareness can be useful interventions.

Such an exercise would save lives: Better awareness and testing in rural and semi-urban areas can help slow transmission, provide the needed early treatment that can be critical (it is often too late by the time patients make it to a city hospital, that is, if they can get a bed), reduce vaccine hesitancy, and also reduce crowding of urban hospitals.

It can also reduce the economic impact of the pandemic, as hurt livelihoods also affect lives. If governments are better informed about where the spread of the infection is, they can better choose where to impose activity restrictions, obviating state-wise restrictions. As a hypothetical example, Pune’s COVID centres can continue treating patients from surrounding villages, and even as the reported number of deaths remains elevated, the city can be gradually opened up.

Once a flood has hit, one must provide succour to the affected population and pump out the water, but often, the best way to deal with it sustainably is to stem the flow upstream. If the hypothesis of rural and semi-urban infections showing up as serious cases in cities is correct, it is as important to increase testing and awareness in rural areas as it is to expand the capacity of oxygen beds in large cities. As we prepare for the inevitable future pandemics (or even a third wave of this one), a revamp of the rural healthcare system needs to be front-and-centre in government’s priorities.

This article first appeared in the print edition on May 5, 2021 under the title ‘Delhi’s covid puzzle’. The writer is co-head of APAC Strategy and India strategist for Credit Suisse

05/05/2021 India Comments Off on What explains the high numbers of COVID cases in Delhi?
India