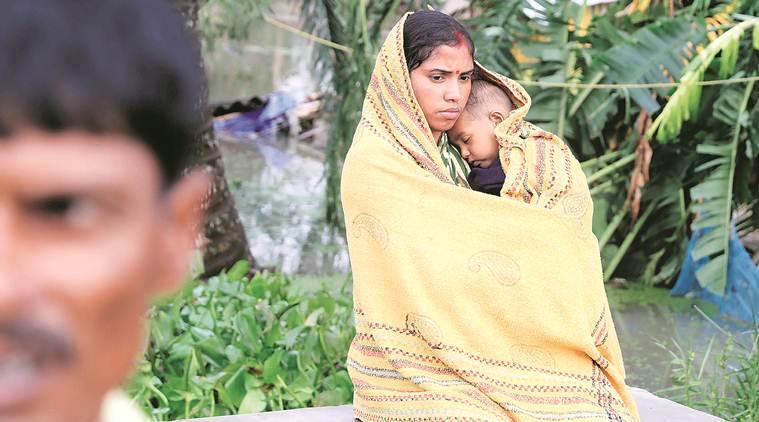 Many residents are worried over the loss of important documents. Since Sunday morning, 16-year-old Ranajit Halder has been frantically searching for his books inside his damaged home at Amarabati village in West Bengal’s Fraserganj area. He found only two books and they too were soaked. The Class X student, whose exams start on November 29, now has neither books nor notes.

“I don’t know how I will study for the exam. All my books are damaged,” says Haldar, who studies in Narayanitala Dhaneshwar Sikhsha Sadan.

Bhaskar Bhowmick, a farmer from the same village, is cutting trees for the past two hours to clear the road leading to his house, or what is left of it.

“I have never seen a storm like this. I was scared and fled to the pucca house of our neighbour with my three daughters, mother and wife. In the morning, we found that a tree had fallen on our house. There is no government assistance here so far. We have been left on our own,” the 49-year-old told The Indian Express.

About 125 km from Kolkata, Amarabati and the nearby sea-side town of Bakkhali are one of the worst-hit in South 24 Parganas district after cyclone Bulbul made its landfall on Saturday night.

The village has been cut off from main road as over 50 trees have fallen on the 2 km approach road. Many houses have been damaged, cattle killed and mobile and electricity towers uprooted in the storm that caused winds touching 120 km/hr. Although no resident is reported dead in the village, the scale of damage is immense and people wait helplessly for assistance.

With electricity and phone lines snapped and no relief material yet, villagers are outraged. “We heard so many arrangements have been made by the state government. But so far, not a single government official has visited us. There were two nurses and one doctor in the primary health centre, but they have fled,” says Anima Haldar, as she spreads out rice on a mattress to dry.

Deep inside the village, many houses are inundated. Thirty-nine-year-old Bikash Mandal is trying to catch fish in the waist-deep water.

“All vegetables and rice have been damaged and we have no hope of getting relief materials soon. So this will be the only source of food today,” said Mandal, showing his catch.

Many residents are worried over the loss of important documents. “We have been hearing a lot about NRC and now we have lost our documents like property deeds and identity cards. We are very scared,” says farmer Sanjay Haldar. Beside Amarabati is the Fraserganj fishing harbour. Hundreds of fishing boats have been parked in Edward Creek for the past few days following alerts about the storm.

The fishermen there recount a night of horror. “For a moment, we thought the boat might overturn as it was swaying in water despite being tied to the bank. The night was horrible. I have been fishing for 40 years but I have never seen a storm like this here,” said fisherman Durgaprasad Mistry (60).

Later in the day, Coast Guard personnel from Fraserganj station visited the fishermen in the creek and took stock of the situation.

Related posts:
11/10/2019 India Comments Off on West Bengal: In cyclone-hit village, day of despair after night of horror
TV & Movies 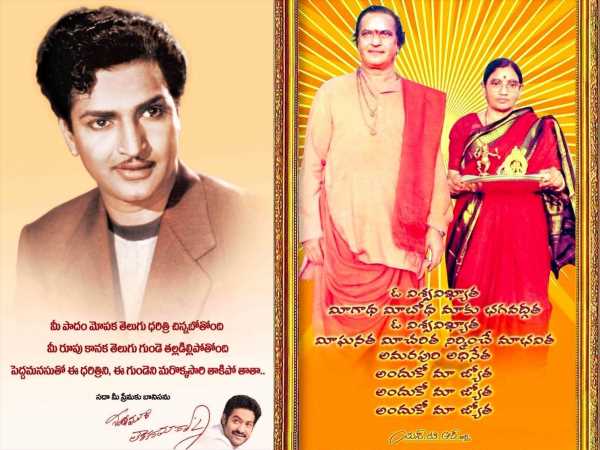 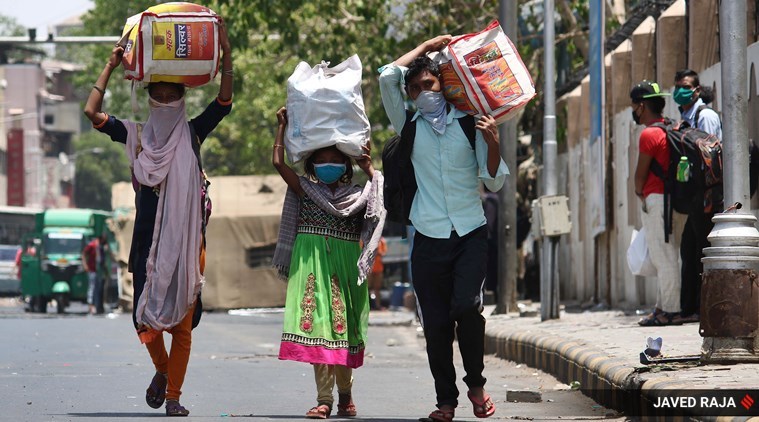