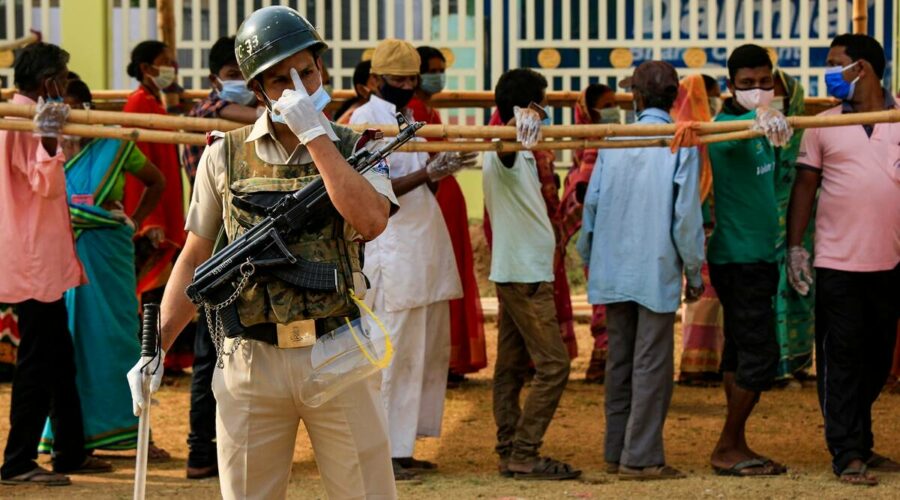 The long-term trends of assembly elections in West Bengal show that the BJP gets fewer votes in percentage terms compared to parliamentary polls. The first phase of assembly elections in West Bengal is over. This time, the polls span over eight phases. The results will be declared on May 2. Most opinion polls suggest that Mamata Banerjee’s Trinamool Congress will be back to govern Bengal for another five years. The long-term trends of Assembly elections in the state show that the incumbent government does return to power if it has performed reasonably well, has a credible mass leader and a believable political narrative. Those who do psephology know that the opinion polls are relatively weaker than the exit polls.

Moreover, in both opinion and exit polls, the most challenging task for pollsters is to accurately project seats rather than the probability of parties getting the exact percentage of votes. In the recent past, political psephology as a specialised field in political science has evolved to correct past mistakes of analysing and calculating voting behaviour. Its methods are derivatives of empirical political science and rational choice theory, rooted in mainstream Western social sciences. However, in the last few years, it has been noticed that the election results in the West and South Asian countries have surprised psephologists. In West Bengal, too, this has happened before, not once but twice.

In the 2001 assembly elections, a section of the media suggested that the elections will be very close and that the then opposition leader Mamata Banerjee could even form the government. There was an undercurrent of anger against the then Left Front, and it was suggested that it would fall to an anti-incumbency wave. Left Front leaders, in contrast, poked fun at the mahajot (grand alliance) between the Trinamool and the Congress and insinuated that a bunch of conspirators had come together. They predicted a grand fiasco for the alliance. After the exit polls, Mamata Banerjee flashed a victory sign and even declared the cabinet’s probable members. The actual election results were quite the opposite of the exit polls. The Left Front returned to office with a two-thirds-majority and was, in fact, only four short of its 1996 tally.

In 2016, the exit poll results of a section of the Bengali media were wrong in terms of the margin of win. They had talked of a close fight between the ruling Trinamool and the Opposition Left-Congress alliance. The actual results were very different: The TMC came back to power with more than two-thirds majority of 211 seats. In 2001, it seems the TMC was misled by a section of the media. In 2016, the Left-Congress alliance met the same fate. What will the fate of the BJP be? Will it tally with the narrative set by the pre-election polls? We have about a month to wait for answers.

The performance of the BJP in the 2019 elections was due to three factors. First, there was anger against the TMC for poll violence in the 2018 panchayat elections in the state. Second, there seemed to be no credible alternative against the Narendra Modi-led BJP in a national election. At the state and central level, the Opposition parties were divided between the regional forces, the Congress-led UPA and the Left Front. In fact, in Bengal, there was no alliance between the Left and the Congress. As a result, the anti-Trinamool vote got consolidated behind the BJP. Finally, the election was grounded on the RSS’s core issues, and emotions — around the Ram Mandir, CAA-NRC, abrogation of Article 370, and issues of national security and terrorism following the Pulwama attack — were whipped up.

Ground reports by journalists and field investigation by this writer show that BJP candidates are being asked difficult questions on issues of inflation and increased prices of petrol-diesel and gas cylinders. The TMC leaders are also being confronted with allegations of corruption. In other words, the anti-TMC space is being contested between the BJP and the grand alliance of the United Front. The stakes are pretty high for Team PK, Trinamool and the BJP.

This article first appeared in the print edition on March 31, 2021 under the title ‘How the wind blows in Bengal’. The writer is assistant professor of political science at the Centre for Studies in Social Sciences, Kolkata

03/31/2021 India Comments Off on West Bengal has a history of proving pollsters wrong. Will BJP be surprised this time?
India