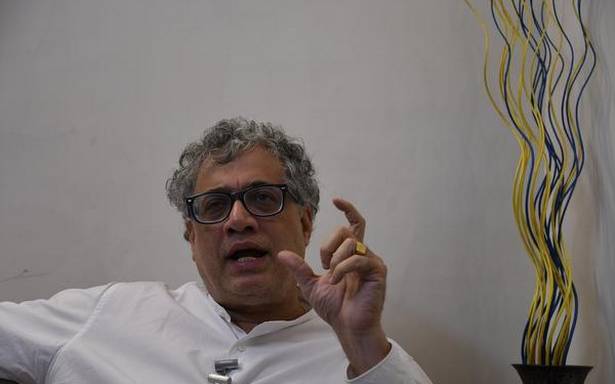 We will get all parties together to demand reforms in the functioning of the EC, says TMC MP

A day after the Trinamool Congress’s emphatic victory in West Bengal, senior party leader and Rajya Sabha MP Derek O’ Brien attributed the win to ten years of Mamata Banerjee’s people-centred governance even as he called out the role of the Election Commission in the extended poll schedule, alleging that rules were bent to favour the BJP.

First of all, many congratulations for TMC’s victory in West Bengal. What were the factors that worked in your favour?

Thank You! It has only been 12-14 hours since the results came in. I haven’t sat down to analyse it. But I would say that TMC and our captain Mamata Banerjee’s proposition to the people of Bengal was widely accepted. And what did we say? Judge us on what we have done in the last ten years, on how many lives we touched. And then look at the other side, at all the unkempt promises made in the last 6-7 years, all bluster and lies. Every BJP hoarding, pamphlet, television advertisement had Modi’s face plastered. People have rejected Narendra Modi. This is Mamata Banerjee’s victory over Modi and Amit Shah.

In the last three phases of the Assembly elections, which coincided with the onslaught of the second wave of COVID-19 pandemic, we saw a jump in the TMC’s performance. Do you see a connection between the two?

No. Look at the results carefully, TMC thrashed BJP across all the phases. Nearly, all the BJP MPs who thought they could saunter in to contest the Assembly polls here, lost. The Union Minister lost by a margin of 50,000 votes in an Assembly segment.

Also please understand the Election Commission planned the polling schedule, dividing it into eight phases to help the BJP build a momentum, by the time the elections reach Trinamool strongholds. The EC did not even care about the pandemic. They bent the rules to suit the BJP. For example till now the booth agent had to be a resident of the area. Instead, because the BJP didn’t have an organisation, they relaxed the rule allowing anyone to become a booth agent irrespective of their address. They posted central forces at the polling station who spoke in Hindi and could not communicate in Bangla. They changed the key police officers like the DG and ADG of police as per their whims. The EC officials worked like stenographers of the BJP.

The TMC has alleged that the EC worked with a bias for BJP in these elections. Now that you have won, what do you plan to do about it?

No, no. EC did not work in a biased manner. The EC is a department of the BJP! Bias is too mild a word for them. All the political parties need to look at this and we need to protect this institution. We cannot have three retired officers to run the elections of India in this manner. We will get all the parties together demanding reforms in the functioning of EC. We need to do this for our democracy. The current situation can’t be allowed to prevail, it is very dangerous for our Republic.

What the Congress needs to do is up to them. I am not in a position to give them advice. Our first priority, as I said earlier, is to focus on how to tackle COVID in Bengal. Our next priority is to rebuild our team both at the organisation level and in government.

Let me reframe the question. Is Mamata Banerjee going to be the pivot of Opposition unity?

We are not putting up our hand like that. We want the other opposition parties to believe that if you do good work over a period of time and you have the self belief, Modi-Shah’s BJP can be defeated. They are not invincible.

In fact, I will also say that this is a bigger victory than the 2011 one. In 2011, the TMC unseated a government that had been in power for 34-years. So the anti-incumbency against the Left government also worked in our favour. In this election we defended our ground and our ten years of governance. And our vote percentage has only gone up. But having said all this, let me also add Mamata Banerjee was the first leader to call out demonetisation. She said yes to GST but pointed out right at the outset that the implementation was all wrong. She has credibility and consistency. We are a national party who is strong in one region.

What are the national implications of these elections?