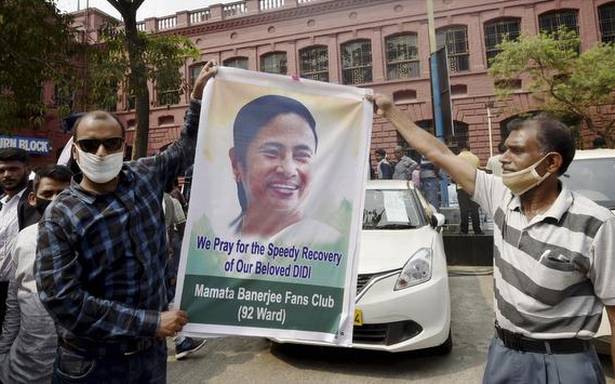 The tit-for-tat communal campaign by both BJP and TMC ignores the ground realities of Nandigram.

Less that two decades ago, towards the end of the Left Front’s 34-year regime in 2007, Nandigram not only emerged as the sign of protest against forcible land acquisition but it also as one of biggest symbols of communal harmony. Hindus and Muslims came together to resist the acquisition of land for a petrochemical hub proposed by the then government and people from both communities were united in the resistance during the violent agitation that raged for months.

In 2021, however, when Nandigram once again has been catapulted to centrestage in West Bengal politics, the political narrative is dominated by the communal divide, about the the “70 and 30” split.

Months before the Assembly election was announced, former Trinamool Congress (TMC) minister who switched to the BJP, Suvendu Adhikari indicated that the saffron party’s campaign in Nandigram would exploit the divide.

“On whose support does she want to contest 63,000 or 2. 11 lakh?” Mr Adhikari had said just weeks after jumping ship, when Chief Minister and TMC chief Mamata Banerjee announced her decision to contest from Nandigram.

Ms. Banerjee started her campaign on March 9 afternoon addressing a worker’s meeting at a ground in front of the Nandigram Police station and began her speech by asking people not to fall prey to the “70 and 30 divide”.

For the ordinary villagers at the rally, the numbers made little sense. However, when Ms. Banerjee started chanting the “Chandi path” from the stage challenging her political opponents on knowledge of Hindu rituals, they realised she was referring to the percentage of Hindus and Muslims living in the area.

Between March 9 and March 10 evening, Ms Banerjee had visited half a dozen temples and was in fact returning from a religious event when she was injured in a melee, forcing her to return to Kolkata.

According to the State BJP leadership, Ms. Banerjee’s opponent, Mr. Adhikari has made 20 visits to temples in Nandigram in the past few days. On Wednesday, Mr. Adhikari in fact said Ms. Banerjee had uttered the “wrong mantras” at the public meeting on March 9 and accused her of “trying to be a fake Hindu.”

Despite the high decibel campaign, political commentator Biswanath Chakraborty said there is very little evidence of communal polarisation in Nandigram and the adjoining areas of Purba Medinipur district.

“I cannot recollect any communal riot in Purba Medinipur in recent past. The Trinamool Congress should not fall in the trap of the BJP and speak about the divide. Such campaign can work in Malda and may be in parts of Howrah but not in Nandigram,” said Professor Chakraborty who teaches political science at Rabindra Bharati University. He, however, added that such campaign will only get shriller as the elections approach more so since Nandigram has emerged as the high stakes battle ground.

Minakshi Mukerjee, the Communist Party of India (Marxist) candidate from Nandigram said these tit-for-tat temple visits were attempts to polarise the electorate but the people of Nandigram are aware enough not to fall into the trap.

“If Nandigram does not have a history of communal polarisation, then it will not have a future where people will vote on communal lines. The leaders of the BJP and Trinamool Congress can visit as many temples as possible they like but cannot answer the crucial question on how many jobs and employment opportunities have they created,” the young CPI(M) leader said.