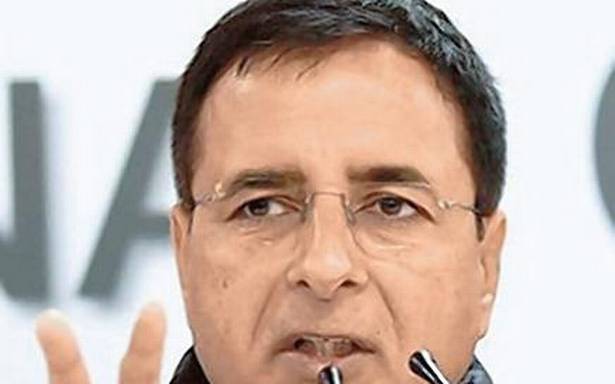 The Congress on Sunday said it will be study the results of the Assembly polls “diligently” and undertake course correction, after the party lost in all the States, except Tamil Nadu, where it was part of the winning alliance.

While former Law Minister Ashwani Kumar said the results are an SOS ahead of the 2024 Lok Sabha polls and called for the continuance of the “unifying” leadership of party president Sonia Gandhi, prominent leaders who are part of the group of 23 dissenters or G-23 of the Congress chose not to articulate their views on their party’s performance.

The party is scheduled to elected a new party chief by June and the latest setback is sure to restart Congress’ internal debate on leadership and organisational restructuring that the G-23 had demanded in a letter to Ms. Gandhi in August last year.

A few G-23 leaders told this reporter the results were a ‘vindication’ of the organisational and strategic shortcomings they had pointed out but it was inappropriate to raise those concerns publicly at a time India is going through its worst public health crisis in recent history.

Former party chief Rahul Gandhi, while congratulating Trinamool chief Mamata Banerjee and DMK’s M. K. Stalin, tweeted, “We humbly accept the people’s mandate. Sincere gratitude to our workers & the millions of people who supported us on the ground. We will continue to fight for our values and ideals.”

The Congress’ loss is particularly significant in Kerala, a State from where Mr. Gandhi is a Lok Sabha member and Assam, once a stronghold, where the alliance with Badruddin Ajmal’s All India United Democratic Front (AIUDF) had been intensely debated within the party.

“The Congress party will definitely study the results and all the reasons diligently and we are committed to correct our mistakes and do appropriate course correction. People’s mandate is the final word in democracy…We recognise that the election results are not as per our expectations, particularly those of Assam and Kerala,” chief spokesperson Randeep Surjewala told reporters.

“We shall fulfil our commitment of a responsible opposition in both the States of Assam and Kerala to raise people’s issues, inside and outside the Assembly,” he added.

The party’s complete decimation in Bengal will also being debated since senior G-23 leader Anand Sharma had objected to the party’s alliance with Indian Secular Front, founded by Furfura Sharief cleric Abbas Siddiqui, and had maintained that it went against Congress’ ideology.

Lauding Ms. Banerjee for her victory in Bengal, Mr .Sharma tweeted,“This victory is a win against the BJP misuse of State power, unprecedented money and muscle power and a blatantly partisan Election Commission. (It) is a triumph for India’s constitutional democracy. BJP has violated every COVID protocol and put crores of Indians at risk.”

05/02/2021 India Comments Off on We will study the results and do course correction: Congress
India