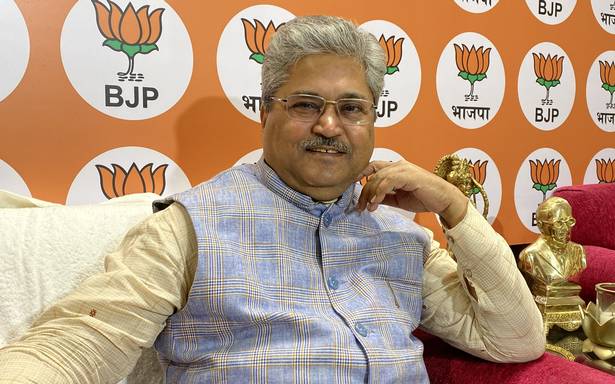 The way things were going at farmers’ protest sites, the atmosphere that was being created influenced the PM’s decision, says BJP general secretary Dushyant Gautam

BJP national general secretary in charge of Punjab, Dushyant Gautam, speaks to The Hindu on the repeal of farm laws, Punjab polls and the state of preparedness of the BJP …. .

There are many reasons being put forward for the decision to repeal the farm laws. From electoral reasons to security concerns over what was perceived as a brewing resentment between Hindu and Sikh communities. Which reason do you ascribe for the Prime Minister Modi’s decision?

Prime Minister Narendra Modi himself said during his address to the nation that his intention behind bringing these Bills was to provide alternatives to the farmer for markets and fair remuneration, and that many of the things that were there in the farm laws were distilled from years of suggestions by other governments, political parties, agricultural scientists and economists on how to improve the situation of farmers. But as he himself said, we couldn’t convey all this to the farmers, and the way things were going at the protest sites, the atmosphere that was being created — the horrific murder of a Dalit, women were raped and killed, the Indian tricolour was dishonoured, it influenced the decision. Somewhere this also affected the bhaichara (brotherhood, amity) which existed in Punjab, where our people were not allowed to visit the bereaved, or even to boycotting our people at weddings etc. When we would explain the farm laws to smaller groups, and even steps taken by the Modi Government for ending the black list of those not allowed to enter the country since Punjab militancy days, to bring those guilty of the 1984 anti-Sikh riots to justice, to bring back the saroops of Shri Guru Granth Sahib from Afghanistan safely to India, the people would nod in agreement, but in larger groups they would speak a different language. We didn’t want to repeat the mistakes made by the Congress in 1984, where a whole community was alienated from the rest of the country and for the sake of “bhaichara” the repeal was announced. For us, the country and bhaichara is paramount.

You have now gone separate ways with your old ally, the Akali Dal, where do you see the BJP in Punjab?

Let me tell you that even through all this, when we went to the people with our “Sewa hi Sangathan” programmes, during the pandemic, conducting vaccination and blood donation camps we got great response from the people. This is also despite all the canards that were spread about vaccines and medication. As I said earlier, in smaller groups, people were responding to us, when 10-15 people got together they would argue over why the protests were being allowed to continue. The BJP will fight in all 117 seats in Punjab. We believe that the people will see through the way other parties want to push Punjab towards communal strife, towards drugs, and decide to forge a different future for themselves away from these parties.

Capt. Amarinder Singh recently broke away from the Congress and has hailed Prime Minister Modi’s decision to repeal the farm laws as one that takes a lot of “courage”. He has hinted that he is open to an alliance with the BJP. What is the party’s view?

The BJP prioritises national interest above all, and any party that holds that priority is welcome. Having said that, in the BJP, any such decision is in the purview of the parliamentary board of the party and they will take an appropriate call when the situation arises.

Now that the farm laws have been repealed, your old ally Akali Dal’s reason for walking out of the NDA is no longer valid, has there been any outreach since between the two of you?

We don’t need anyone’s outreach, we are on our own and have the confidence to go into polls under the leadership of Prime Minister Modi and other senior leaders of the BJP.

11/23/2021 India Comments Off on We didn't want to repeat the mistakes made by the Congress in 1984, says Dushyant Gautam
India