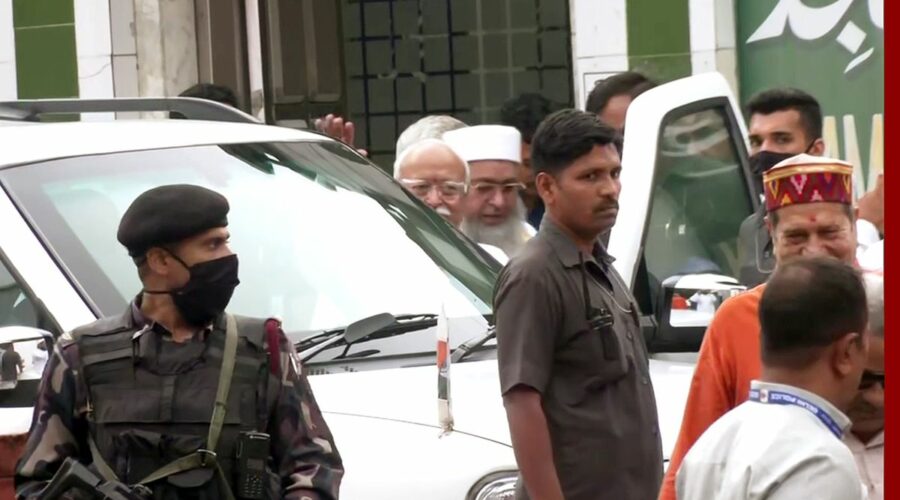 ‘We want Muslims to go about their work and business unhindered.’
‘They should not get victimised and that will only come through the process of reconciliation.’

Rashtriya Swayamsevak Sangh Sarsanghchalak Mohan Bhagwat is on a meeting spree with Muslim clerics and intellectuals.

On Thursday, September 22, he met Umer Ahmed Ilyasi, the chief cleric of the All India Imam Organisation, at a mosque in the heart of New Delhi.

After the meeting Ilyasi hailed Bhagwat as ‘rashtra pita (father of the nation)’.

‘Our DNA is the same, only our method of worshipping God is different,’ Ilyasi said after meeting the RSS leader.

“Bhagwatji controls two million followers all over the country through the RSS. He is a man of considerable influence. And if we convince him with our efforts at reconciliation, then it will be the best thing for our country,” General Shah — who was born on August 15, 1948 — tells Syed Firdaus Ashraf/Rediff.com.

What was the reason behind your meeting with Mohan Bhagwat? How did it come about?

We were five of us who were meeting and contemplating as to what is happening in the country.

We decided in our meeting that the best way forward is through a process of reconciliation.

Now how do you start the process?

The process should be from top to bottom and not from bottom to top.

And who are the top people? One is the prime minister of India and the second one is the Rashtriya Swayamsevak Sangh chief, Mohan Bhagwat.

Therefore, we decided to start with Bhagwatji as he controls two million followers all over the country through the RSS.

He is a man of considerable influence. And if we convince him with our efforts at reconciliation, then it will be the best thing for our country.

That time they had decided that this reconciliation must continue, but unfortunately the efforts could not proceed because of Covid.

Now we have renewed the efforts. We wrote a letter to Bhagwatji and got an appointment from him.

What struck us was his punctuality, as our appointment was at 10 am and he reached dot on time.

What did you speak to him about?

We laid down our points on what was disturbing us.

Primarily, the Dharam Sansad meeting where they said India is a Hindu Rashtra.

I had no personal quarrel with that as in my personal capacity I acknowledge that India is a Hindu Rashtra now. You just have to formalise the name.

The second point we wanted was that the dialogue must continue on an ongoing basis.

And we asked him, what were his problems?

To which he said, consumption of beef (by Muslims) where cow slaughter is banned by law.

We said we will discourage this practice and the person who indulges in this should face the law.

We told him that the designation of kafir is old and it is no more valid (in today’s times) because kafir pertains to people who are non-believers in the almighty and do not have religious texts.

I said besides Muslims, there are Christians, Jews and other religions which have religious texts so there is no need to call them kafir.

The third thing he said was that we were using the word ‘jihad; and we told him we were not using it. but the media was using it. The media was branding Muslims as jihadis and Pakistanis.

We said we will not use the word ‘kafirs’ and they in turn will not use word ‘jihadis’ or ‘Pakistanis’ for Indian Muslims.

And then we said the process of dialogue must continue and he assured us that he has appointed people for a dialogue with us and whenever he has the time, he too will join us.

We got a lot of criticism from a lot of Muslim groups, but that does not bother us at all because we are doing this for the peace of the country.

The allegation from secular forces is that the RSS is diluting the secular character of the country and turning it into a Hindu Rashtra, and here you are going to meet their chief.

India is already a Hindu Rashtra. It is only the name which is not.

But we have a secular Constitution, isn’t it?

One important thing he told us about the Hindu Dharam Sansad is that we have hotheads in all communities.

Even as you are talking to Bhagwat, if you check on the ground you will find that Hindu right wing forces are still harassing and persecuting Indian Muslims.

This is what our concern was and that is what we pointed out to him. We want to prevent lynchings.

Do you think your meeting with Bhagwat can percolate to the ground level and the lynching of Muslims will stop?

We do hope that it will. He said most Indians have the same DNA as the majority population.

He also said we cannot look to find Shivling in every mosque. Those are conciliatory terms which will seep down and we are very sure.

But you tell me, what is the other alternative other than the process of reconciliation?

Do Muslims have the strength to fight?

Do you have the strength to disobey the laws?

The answer is, No. It is only through reconciliation, and that is what we are doing.

But isn’t this like bowing down to majoritarian forces?

No, it is not. We did not compromise on anything.

If we had compromised on anything, you could have said that.

We are standing up for the right to our belief, language, religion and culture. It is just opening up to the process of reconciliation.

But Muslims are being told to compromise on their religion in some ways, like with the hijab ban in colleges. The Muslim way of life is under attack post 2014 in India.

I said in my earlier interview that in Islam hijab is mandated. My view is that women should be given a choice. If a woman wants to wear the hijab, then it is fine and if she does not want, then that too is fine, after all it is her choice.

I have come under criticism for this view of mine from people who are more knowledgeable about Islam.

There is a mention of hijab in the Holy Quran, but it does not specify about face covering or covering of the head, although the Hadith (the sayings of Prophet Mohammed) does.

I am a believer in the Holy Quran and Hadith, but in present times I say the choice of hijab should be left to the women.

Then Union minister Jayant Sinha garlanded the very people who had lynched a Muslim man after they were released on bail. How can you then hope to have reconciliation with such people?

I have criticised that. You see my tweets then as I said it legitimises rapists and murderers.

In a sense it means that it is up to the BJP and RSS to decide what they want to do with the Muslims of India rather than Muslims going and telling them what can be expected from them, isn’t it?

We will stick to whatever we think is right. It is a process of reconciliation which will come gradually.

We have to convince them that certain measures taken by their foot soldiers are wrong.

It is not a process that will happen overnight but we have to start the process to convince them. Open the doors of mosques and madrassas to them.

Open the door of mosques and madrassas to the RSS?

In fact, I will go one step further and tell them to open the doors of madrassas to non-Muslim students.

Didn’t India’s first President Rajendra Prasad study in a madrassa? So did many of our (Hindu) poets studied there.

There is an air of suspicion that you cannot enter madrassas and not do this or that. Why not?

Madrassas are not doing anything illegitimate.

What is the worst flak you got after the meeting?

These guys have got gubernatorial ambitions and are looking out for some posts — which are all rubbish.

We have got what we deserved in life.

We only want the education of Muslims and I am already working on it in the backward areas of UP.

We want Muslims to go about their work and business unhindered.

They should not get victimised and that will only come through the process of reconciliation.