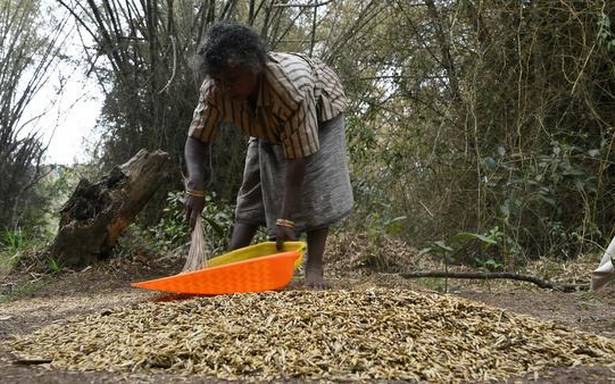 A video on the adivasi communities of Mudumalai, who harvest a tall bamboo species found in the Sigur plateau

The flowering of Dendrocalamus strictus, a tall bamboo species found in the Sigur plateau, is being harvested by adivasi groups after many decades.

The bamboo, which is said to flower any time between the ages of 25-60, before dying, has bloomed throughout the Mudumalai Tiger Reserve and neighboring Bandipur.

Adivasi communities, who are allowed to collect the minor forest produce, have been harvesting the seeds, known as “bamboo rice,” for consumption, as it is known to be a rich source of protein.