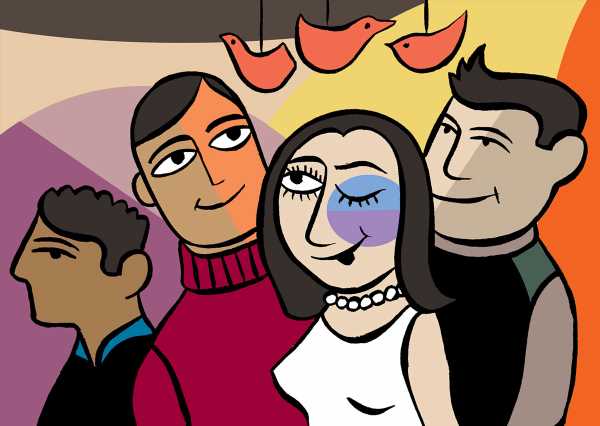 The voice on the other end is stern.

The caller introduces himself as the assistant commissioner of police from the Delhi cyber crime unit.

He tells you that your obscene (read pornographic) video and pictures have gone viral online.

He then demands Rs 25,000; the cost, he says, of removing the pictures and video from the Internet.

Terrified and worried, you pay up.

A few days later, you get a call from another unknown number.

You are threatened with the same video and pictures; this time, the caller wants Rs 20,000.

You know the video and pictures are morphed, but you have no choice.

Once again, you pay up.

This is not a story; this is how life for a 69 year old from Patna became a nightmare.

With slight tweaks, this is the horrifying reality faced by people who are being ‘sextorted’ (extorting money from someone by threatening to reveal real or false evidence of their sexual activities).

An unemployed youth from Rohtas district is facing a similar problem.

He was searching on the Internet when a link came on his mobile, followed by a call.

It was a woman.

She flirted with him and said she wanted to be his friend.

Soon, in a video call, she stripped off all her clothes and began making sexually provocative gestures.

The next thing he received, much to his shock, was his morphed video with the nude girl. It came with a threat; if he did not pay Rs 5,000, the video would be uploaded on social media.

A resident of Madhubani faced a different problem.

His younger brother, a Class 10 student, was using his Facebook account on their father’s mobile phone. A woman requested his number and he shared it.

Within 10 minutes, he got a call from an unknown number.

The woman who spoke to him made romantic advances.

When the call ended, she sent him an explicit morphed video and threatened to upload it on social media unless he paid Rs 50,000.

The panic-stricken boy told his elder brother who made a written complaint to the Bihar Police cyber cell in Patna.

These are just three of the many sextortion cases reported in Bihar recently.

They are mainly targeting the youth, luring them in the name of ‘friendship’, ‘online dating’ and ‘messaging’.

The women initiate the contact. They then make video calls to the unsuspecting youth and entice them sexually; by the end of the call, they are completely nude.

The youth don’t realise this is part of the trap.

Within minutes of the call ending, they send a morphed video clip that shows the youth behaving obscenely with the nude woman.

A demand for money, coupled with the threat of posting the video and photos on social media and sending them to the victim’s family, is made.

Most victims pay up, unable to bear the thought of the social and familial embarrassment they would have to face.

Only few of have the courage to approach the police cyber cell.

Going by the number of complaints registered with the Bihar police’s economic offences wing and cyber cell, cases of sextortion have increased this year.

N H Khan, additional director general of police (economic offences unit), said more than 16 such cases were registered by the economic and cyber crimes division in the last four months.

Several cyber crime gangs, he added, are blackmailing victims by threatening to upload their objectionable videos and/or pictures on social media.

As per the investigation by the Bihar cyber cell, these criminals use forged documents to obtain SIM cards that are used in this process.

The economic and cyber crimes division has now directed telecom companies to report customers who have provided fake documentation for SIM cards.

According to a senior cyber cell police officer, men of all age groups are being targeted by these criminals.

“More than 100 people, mainly men, become victims in the state in a month. Most sextortion cases go unreported; very few people come forward to lodge a complaint with the cyber cell.”

The police have been issuing advisories to educate people so that they don’t fall prey to sextortion. They have also advised people not to share their mobile numbers with unknown people or receive video calls from unknown numbers.

Many people received messages saying their electricity would be disconnected due to non-payment of the previous month’s bill. They were asked to contact a number provided in the message so that they could get details of how to deposit the money immediately.

The police revealed that dozens of power consumers, including former state police chief D N Gautam, a high court judge and an eminent doctor have received such fraudulent messages.

The Bihar police have alerted people not to share details of their bank account and debit or credit card with unknown people and cautioned them against opening any suspicious payment link.

05/11/2022 India Comments Off on Warning! Sextortion Cases On The Rise In Bihar
India