Shailajanand Mishra lists The Top Videos of the Week. Take a look. 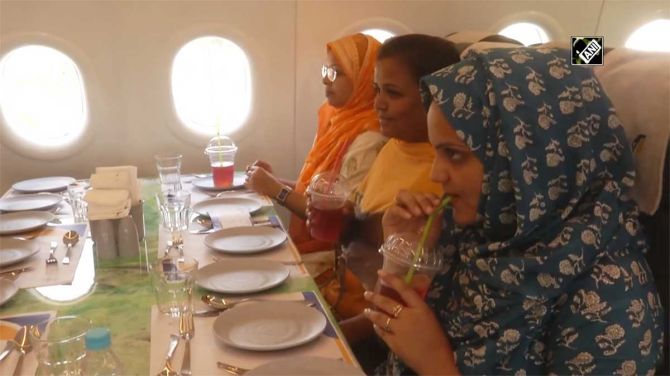 Every week is full of newsworthy events. And we make sure we bring you the most interesting ones, with a special twist.

So if you’d like to see your favourite video on our weekly round-up, please make sure you like them on iShare.

Gulmarg in Jammu and Kashmir received the season’s first snowfall on October 23.

The maximum and minimum temperatures were recorded at 11.5 and -1.5 degrees Celsius respectively.

Bathukamma, the floral festival of Telangana, went global on October 23 as the world’s tallest building, the Burj Khalifa in Dubai, was lit up in colours depicting the festival.

59 couples, both Hindus and Muslims, exchanged wedding vows in the presence of relatives and friends.

The ceremonies were conducted by priests in accordance with the tenets of their respective religions.

These mass marriages not only help establish a bond of communal harmony among the two communities, but also facilitate impoverished sections of society to celebrate marriage in a grand manner.

The Uttar Pradesh government has increased the funds spent on these ceremonies; this year, each bride received Rs 35,000 along with household goods like kitchen utensils, clothes and more worth Rs 10,000.

Around 14 Muslim couples and 45 Hindu couples got hitched on the occassion.

Who is the actor with the white beard?

Aamir Khan, who will be seen next in Laal Singh Chaddha, debuted a new look last week. The actor was seen with a buzz cut and white beard.

When Aamir took off his mask to pose for pictures, one photographer told him, “Nice look, sir” while another exclaimed, “Arre, waah!“

Migratory birds are flocking to the Yamuna Biodiversity Park as temperatures turns harsh in Siberia, Europe and China.

Environmentalist Faiyaz Ahmad Khudsar explained how the birds fly to India from Europe and Siberia after the onset of winter.

In recent years, due to climate change and rising pollution, the migration of birds has declined, but the Yamuna Biodiversity Park in Delhi has again emerged as a major destinations for the birds.

Want to visit this restaurant in Vadodara?

The restaurant can accommodate 106 people at a time.

Sensors have been installed in the restaurant just like on a flight to summon the serving staff.

“The restaurant will make you feel like you are travelling in an aircraft,” says M D Mukhi, HighFly‘s owner. 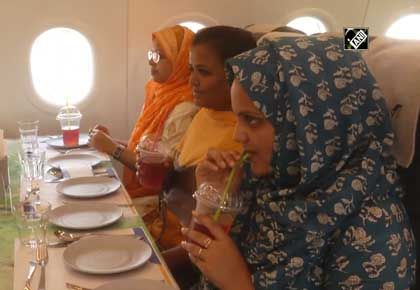