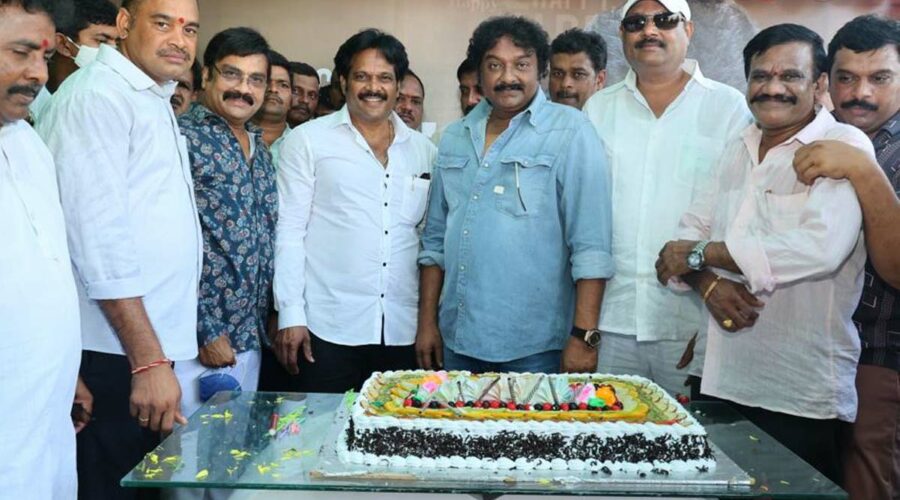 VV Vinayak is one of the most sought after directors in Telugu cinema. He made his debut as a director with Jr NTR starrer action and romantic drama Aadi, which released in  the year 2002. The film  Aadi not only won him awards and accolades but also gave him the much-needed recognition. He later made two movies with megastar Chiranjeevi, which became a hit at the box office.

Hislast film, Intelligent, featured mega hero Sai Dharam Tej and Lavanya Tripathi in the lead roles. The movie was based on a real life incident that took place at Kutapally in 2014. Currently VV Vinayak is working for an upcoming Hindi film, which is remake of Telugu movie Chatrapathi in which  the young actor Bellmakonda Sai Sreenivas is playing the lead role. Now according to the latest report, VV Vinayak celebrated his birthday on the sets of #BSS9. His pics from the sets are going viral on the social media.