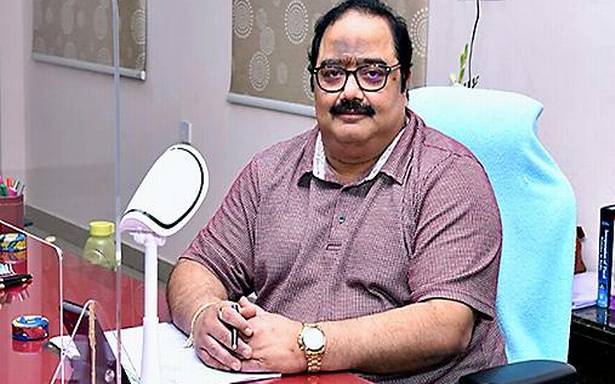 The Visakhapatnam Division of State GST has continued its numero uno position in revenue collections in the State for the second consecutive quarter by achieving a total revenue of ₹11,605.52 lakh for the quarter ending March 31, 2021.

The division had also achieved the highest revenue by collecting arrears of ₹17,324.32 lakh during the previous quarter. Special drives were conducted by all the 13 divisions in the State for the collection of tax arrears. The second place was bagged by Vijayawada-II Division, which secured ₹7,880.67 lakh for the quarter-ending March 31, 2021 and the third position went to Kakinada Division which secured ₹7,544.02 lakh during the same period.

“The uncollected old arrears of APGST (AP General Sales Tax) and VAT (Value Added Tax), which were written off as ‘non-collectible’ as the persons concerned either could not be traced or had escaped, were tracked to the extent possible and the arrears were collected from them,” Joint Commissioner (GST-State Tax) N. Srinivasa Rao told The Hindu.

“We gathered details of the absconders through various means like checking their names in the electoral rolls, PAN and from some websites, which provide details of users. Out of the total of ₹16.42 crore old arrears (other than GST) collected, ₹4 crore was originally written off as ‘uncollectible’. It involved lot of resource planning, fixation of priorities and allocation of manpower. Our field officers did an excellent job,” he said.

“We allowed assesses to pay the outstanding arrears in instalments without insisting on full payment at one go. Attaching the property will lead to litigation and running around court for a long time. Our strategy paid off and soon many persons started coming voluntarily and paying whatever they could in instalments. The tax practitioners and trade also come to our aid by advising assesses to pay arrears instead of getting entangled in litigation,” Mr. Srinivasa Rao said.

“Checking of motor vehicles and holding meetings with Railway Protection Force (RPF) and Government Railway Police (GRP) and seeking their cooperation in goods coming by trains from Kolkata, helped in improving the tax collection for our Division. The RPF and GRP were very helpful in this regard,” he added.