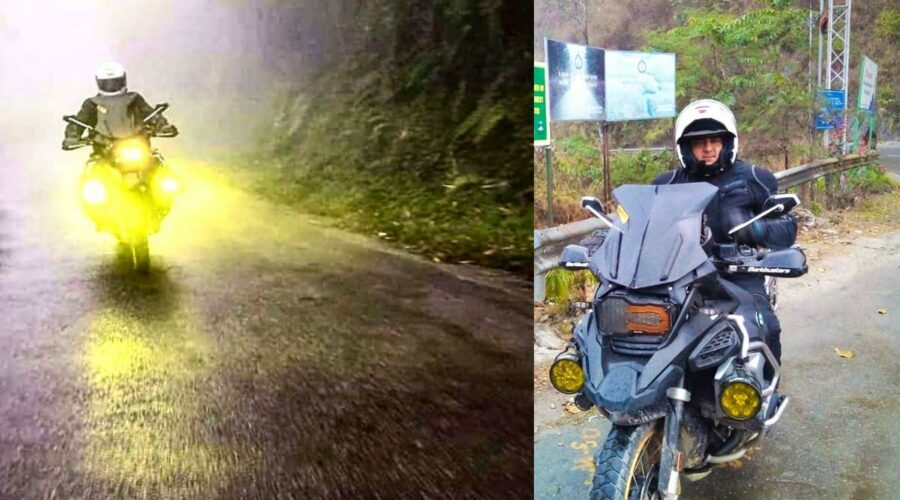 Thala Ajith is a popular name in Kollywood. Ajith is on the top trends as his photographs riding a superbike are going viral on social media platforms.

A few photographs  of Thala Ajith riding a bulky motorbike whilst exploring North India are going viral on the internet. They are indeed a visual treat for the actor’ fans. Coming on the photographs,  Thala Ajith is seen riding a huge beast whilst dressed in a cool biker gear. He looks like a professional biker in a biker jacket, helmet and gloves.  The actor’ fans are going gaga over  seeing the Vedalam actor in this avatar. These photographs were clicked during the bike trip that he took to Sikkim in  the month of January 2021.

Fans of Thala Ajith are thrilled to see their favorite star riding the superbike and are trending #ThalaAjith on Twitter.

On the work front, Ajith will be seen playing the lead role in an upcoming film Valimai. The upcoming action drama is written and directed by H  Vinoth and is backed by Zee Studios and Boney Kapoor under the banner of Bayview Projects LLP. Apart from Ajith, the movie also has  Huma Qureshi, Pearle Maaney and Kartikeya Gummakonda in the crucial roles.