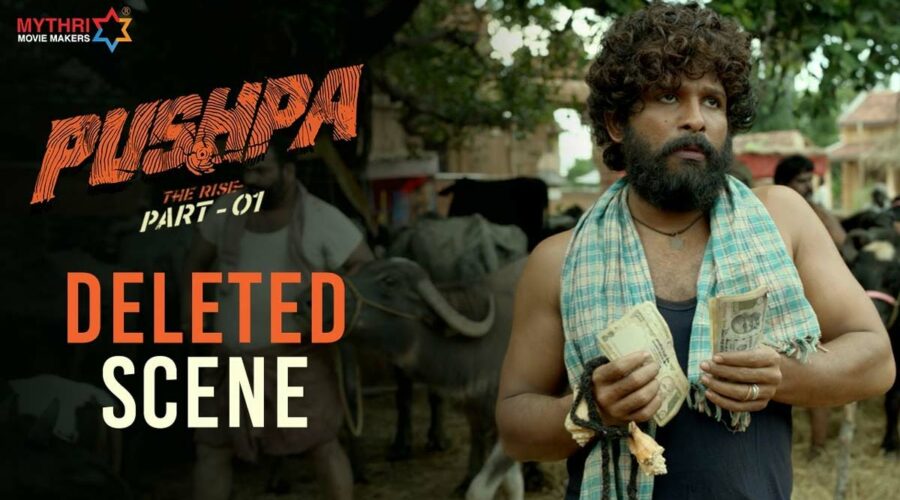 Stylish Star Allu Arjun and Rashmika Mandanna starrer Pushpa: The Rise, helmed by Sukumar which was released  on 17th December,  has emerged as the biggest grosser of this year. The rural drama is running successfully at the box office and is winning the hearts of the  viewers.  Today the production house Mythri Movie Makers, unveiled a deleted scene featuring Allu Arjun from the film.

Coming on the video, a moneylender is seen abusing Pushpa Raj’s  Allu Arjun) mother as she fails to repay the money. Allu Arjun, who gets offended by this act, returns the borrowed money, as he demands the person to inform everyone in the village about his loan clearance. When the money lender refuses to do it, Allu Arjun thrashes him.  The footage has  gone viral on social media  and Allu fans are trending the hashtag #PushpaDeletedScenes.

This scene was chopped off  on the editing table and now the release of this deleted scene has gained much attention as it appeals to native audiences.