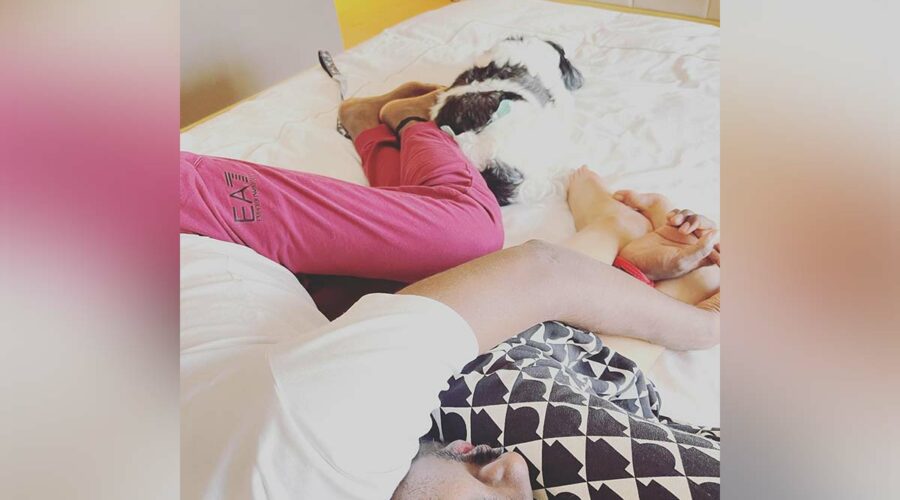 Atlee is a popular name in South Indian Film Industry.  The  filmmaker Atlee’ wife, Priya, recently shared an intimate picture with her husband on Instagram, where she is  seen lying in bed, being hugged by Atlee and their pet dog, Becky.  This intimate bedroom pic of Atlee and his wife is going viral on the social media. The fans of Atlee are  disappointed as  Priya  turned off the comments option on her post.

Atlee and Priya dated each other for  eight  years before tying the knot in 2014. The couple has always managed to win hearts with love-dovey posts for each other on  the social media and has been setting goals since years.

Meanwhile, Atlee is working on Shah Rukh Khan and Nayanthara starrer upcoming film. Nayanthara is playing the role of  investigating officer whereas Shah Rukh Khan will be seen in a dual role. There were reports about  Sye Raa fame Nayanthara has quit the film due to Shah Rukh’s son Aryan Khan’s ongoing case but this is not true.

Bollywood Badshah Shah Rukh Khan  is expected to resume Atlee’s film from  this  month as soon as he’s done shooting a few portions that are left of  his Hindi movie Pathan.