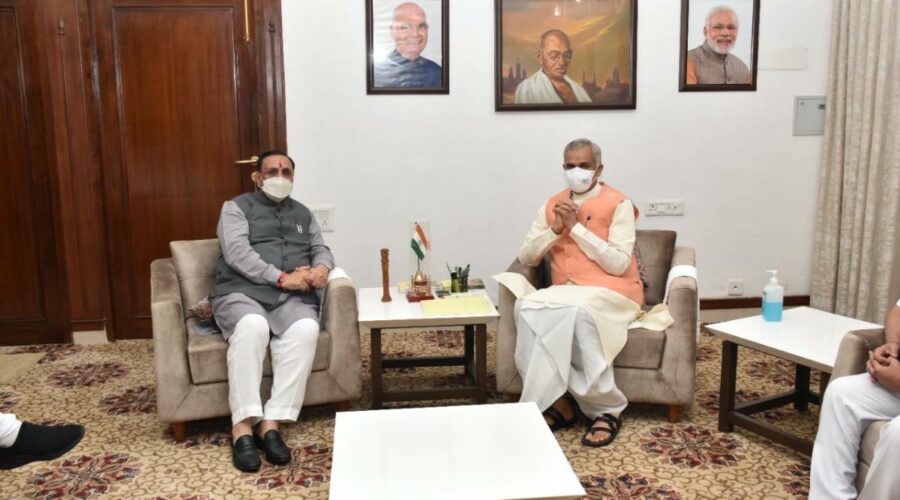 On Saturday, Patel, who moved out of India after the FIR was quashed, called Rupani's resignation a "vindication" of what he had reported. In May 2020, amidst the first wave of Covid-19, Dhaval Patel, an editor with Gujarati news web portal Face of Nation, wrote an article talking of a possible change of leadership in Gujarat. Patel was slapped with a sedition charge, and spent 14 days in judicial custody before getting bail. On Saturday, Patel, who moved out of India after the FIR was quashed, called Rupani’s resignation a “vindication” of what he had reported.

While the article was taken down soon after it was posted, the FIR was quashed in November last year, only after Patel submitted an “unconditional apology” before the Gujarat High Court. While quashing the FIR, filed by a police sub-inspector, the court cautioned Patel that “as and when he may publish any article in future, no such comments be used against any constitutional functionaries without verification and he shall be cautious of not repeating the same”.

Patel told The Sunday Express Saturday that he shifted abroad in December 2020. About his unconditional apology, he said, “It was apparent that the state wanted to drag on the case and I did not want the same as it was bound to affect my career. So the government counsel proposed that I tender an apology and I left the country.”

On his story, Patel said, “I reported based on confirmation from trusted sources and cross-verification of the same. The sedition case was also a way of putting pressure on journalists given the Covid-19 context at the time.” Patel continues to write for Face of Nation, and his last article was dated September 4.

The article regarding Rupani being replaced was written by him on May 7, 2020, and was titled ‘Mansukh Mandaviya called by high command, chances of leadership change in Gujarat’. Mandaviya, a Rajya Sabha MP from Gujarat, was at the time Union Minister of State for Shipping (Independent charge) and Chemicals and Fertilisers. (In the recent reshuffle, he was promoted to Union Minister for Health).

The complainant was Sub-Inspector S J Desai, posted with the Ahmedabad Detection of Crime Branch (DCB). Patel was booked by the DCB under IPC Section 124 A (sedition) and Section 54 of the Disaster Management Act (for false warning) on May 11, 2020, and accused of “trying to create unrest in society”. He was arrested on May 14, and the court gave him bail on May 27.

As per Patel’s report, the BJP was considering a change of guard due to the criticism faced by the Rupani government over rising Covid-19 cases, which was seen by the high command as “mismanagement of affairs by the state machinery”. It said Mandaviya being called by the high command to Delhi signalled he might be Rupani’s replacement, and added that there were several examples of the BJP changing CMs abruptly with no one in the know.

The article was taken down after Mandaviya denied this as well as lauded Rupani for waging a “successful” fight against Covid-19. The news portal carried Mandaviya’s denial.

Granting Patel bail on May 27, the Ahmedabad Sessions Court observed that the prosecution’s case prima facie did not indicate a serious offence as was being alleged by the state.

A top police official told The Sunday Express Saturday that Patel’s arrest was on the basis of a complaint lodged by police themselves after an investigation. “There was no complaint made by any political person.”

In his complaint, S-I Desai had quoted from the article, saying it was circulated on various social media platforms, and that the “rumours… (have) caused an atmosphere of fear and instability among the people”.

“The brief content of the article is that cases of Corona are rising in Gujarat. The Chief Minister has failed in managing the pandemic and its cognizance has been taken by New Delhi. Regarding this, Mansukh Mandaviya has been called to Delhi by the high command as he enjoys an image of being a trusted lieutenant of the Prime Minister. Due to this, speculations of a power shuffle are on the rise. The PM and the high command are not satisfied with the work of Rupani, due to which at such places where Covid cases are rising, the high command has introduced an army of IAS officers… The IAS officers have been given all sorts of freedom… informed the sources. Usually in these cases, the BJP high command doesn’t let out a whiff and the final decision is mostly shocking. Even in Anandiben’s time, no one had any information that Ben is going to go and all of a sudden, she posted her resignation on Facebook,” the complaint said, quoting the article.

09/11/2021 India Comments Off on Vindicated, says journalist held for sedition after he wrote CM Vijay Rupani will go
India