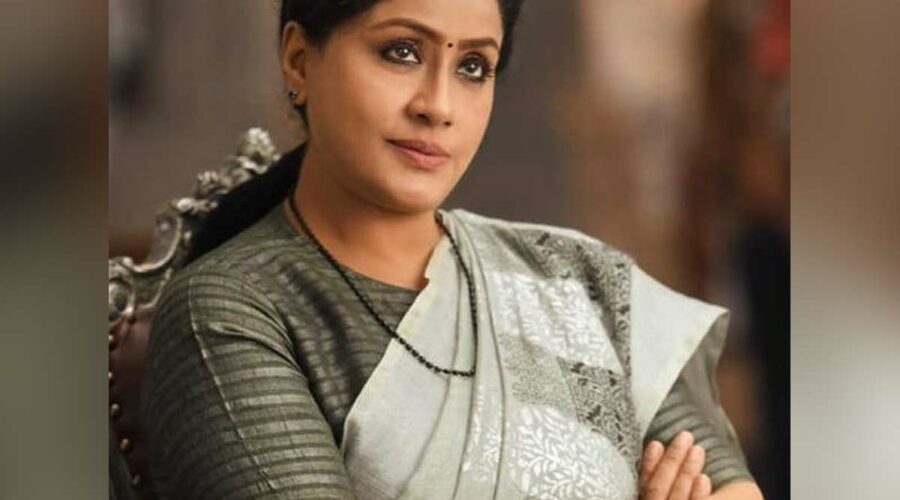 Former MP and BJP leader  Vijayashanti is referred as the “Lady Superstar”, “Lady Amitabh“, and “The Action Queen of Indian Cinema”. Recently during the media interaction she  said that since she started making a lot of women-oriented films, she did not get a chance to work with heroes.  In a film career spanning 40 years, she has acted in 187 films in a variety of roles in various languages in Telugu, Tamil, Hindi, Kannada and Malayalam films. The veteran actress has quit her acting career and is now a well known politician.

Vijayashanti said that she was one of the  highest paid actress in Tollywood more than star male actors at the height of her career. When  she asked to reveal the remuneration amount, Vijayashanti  revealed, “Producers paid me Rs 1 cr for each film at that time.”

When Vijayshanti was asked, Did she decide  to join the saffron party because of BJP leaders Atal Bihari Vajpayee and LK  Advani? , she replied that she joined the BJP only after getting assurance of creating a separate state for Telangana.

In Tollywood, Vijayashanti  was last seen playing the important role in Telugu superstar Mahesh Babu and Keerthy Suresh starrer Sarileru Neekevvaru which was helmed by Parasuram.

07/14/2022 India Comments Off on Vijayashanti about her remuneration: Producers paid me Rs 1 cr
India