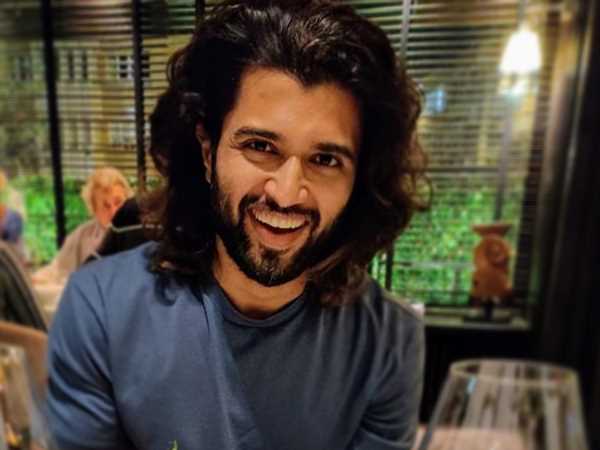 The young and happening actor Vijay Deverakonda  has come in the support of Mega hero Vaishnav Tej who is making his debut in Telugu film industry with a romantic movie Uppena in which he is sharing the screen space with Krithi Shetty.  Vaishnav Tej is the younger brother of  Supreme hero Sai Dharam Tej. The lyrical song Jala Jala Jalapatham Nuvvu from Uppena starring Vaishnav Tej and Krithi Shetty was released by Arjuun Reddy and Geetha Govindam fame Vijay Devarakonda.

In the lyrical song,  the lead pair,  Vaishnav Tej and Krithi Shetty are  seen travelling on a boat, in the middle of the sea. The film has the music by Devi Sri Prasad and the song is crooned by Jaspreet Jasz and Shreya Ghoshal whereas the lyrics are penned by Shreemani.

The sizzling chemistry of the lead pair on screen, is said to be one of the major highlights of Uppena.
The previously released songs and teaser have created a positive buzz among the movie lovers and the movie is carrying good buzz.

On the otherside,  Vijay Deverakonda is currently working with Puri Jagannadh and Charmee Kaur for upcoming sport based movie Liger which has Ananys Pandey in the female lead role.