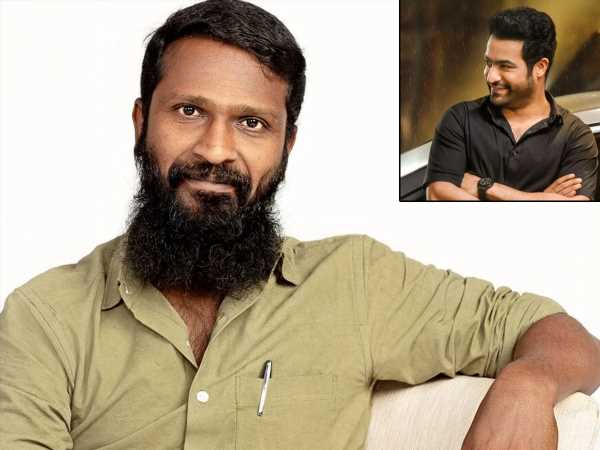 If ongoing buzz in the media and the film industry are to be believed, Tamil director Vetrimaaran is going to direct Jr NTR. The sources say that National Award winning director Vetrimaaran  has a unique script for which he is looking for top actors from the Telugu film industry. He approached Jr NTR for the same, but the actor’s response is not yet known. The upcoming untitled film is touted to be an action entertainer. If everything goes accordingly, Vetrimaaran will make his debut in Telugu with a Jr NTR movie.

Vetrimaaran is known for helming action and revenge drama Asuran in which Dhanush and Manju Warrier played the lead roles and the movie impressed the critics and the audience alike. The action drama  Asuran swept away many awards as well.

Jr NTR is currently busy with SS Rajamouli’ directorial venture RRR, which also has Mega Power Star Ram Charan in the lead role.  Aravinda Sametha Veera Raghava  and Jai Lava Kusa actor Jr NTR will be essaying a freedom fighter’s role in  DVV Danayya’ production venture RRR.  Initially, the period action-drama was supposed to release this year on 30th July. But now that RRR  which is based in the pre-independence era, will be released on 13th October.