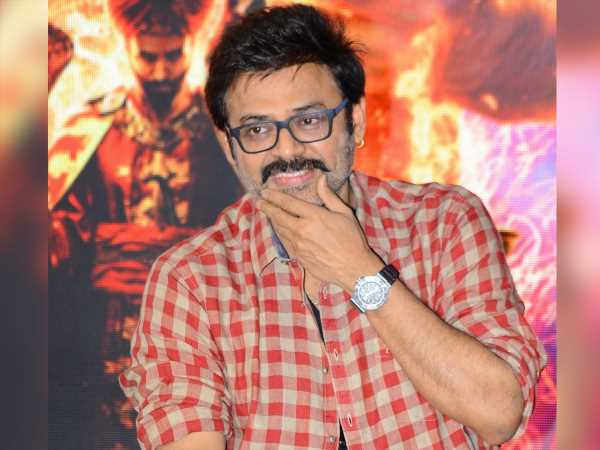 Venkatesh Daggubati is an introverted man who doesn’t speak much about his personal life. However, cinema runs in his blood. He is the son of noted filmmaker late Dr D Ramanaidu and his wife, Rajeswari. Currently Venkatesh has a number of projects in his kitty which are in the different production stages. He has already wrapped up the shoot of action drama Narappa and Drishyam 2, which will be released on OTT platform this year.

It is a known fact that Venkatesh  Daggubati is also working for hilarious drama F3 under the direction of Anil Ravipudi and it has Varun Tej, Mehreen Kaur Pirzada and  Tamannah Bhatia in the lead roles. According to the latest report, next year,  his three films will be released.

Vankatesh is also in the talk of two movies, one of which is the remake of Malayalam drama  Driving License and the script work of the film is happening currently.  On the other hand, Venky Mama has also given his nod to Trinadha Rao Nakkina for a project.

If everything goes as per plan, the upcoming project of Trinadha Rao Nakkina will go on the floor next year and it will be backed by People Media Factory.

Venkatesh is also very happy with the narration, given by Young and talented filmmaker Tharun Bhascker  and  pre-production work  has been started recently.  Finally Venky lined up three projects for next year.