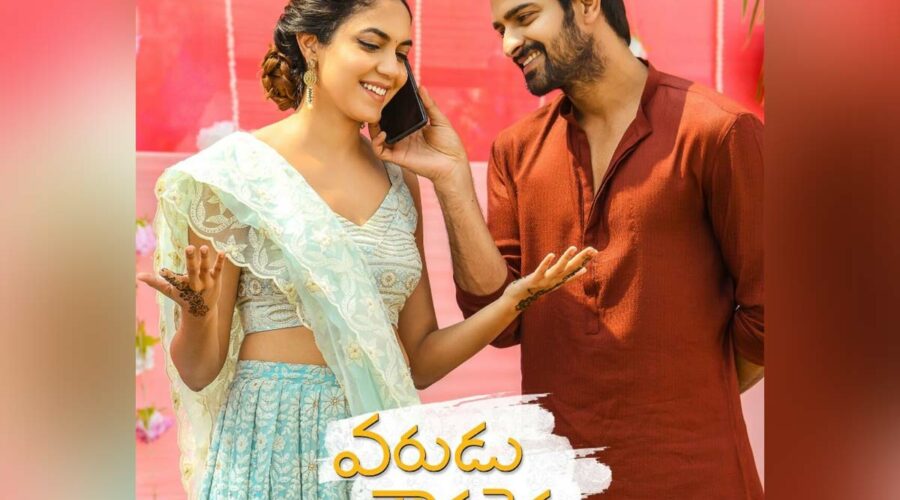 Earlier there was a strong buzz that Naga Shaurya and Ritu Varma starrer Varudu Kavalenu will be made available for streaming on ZEE5 from the 24th of December. But now according to the latest update, the upcoming film  will be arriving on OTT on the 7th of January 2022.  The romantic and family  drama is helmed by debutant directed by Lakshmi Sowjanya   and it is produced by Naga Vamsi under the banner of Sithara Entertainments banner whereas the music  is scored by Vishal Chandrasekhar.

The movie  will be made available for streaming on ZEE5 from the 7th of January.  This news is confirmed by ZEE5.

The movie Varudu Kavalenu was released on 19th October and was turned out decent hit at the box office and now  it is arriving at OTT platform.

On the otherside,   Aswathama fame Naga Shaurya is also collaborating with Anish Krishna for an upcoming Telugu project  in which he will  romance with the  singer turned actress Shirley Setia.  It is  produced by Ushamulpuri Garu under the banner Ira Creations whereas Mahati Swara Sagar is on the board to score  the music.

Naga Shaurya is also working for his 23rd film Police Vaari Hecharika, which is directed by debutante KP Rajendra and produced  by Mahesh S Koneru.