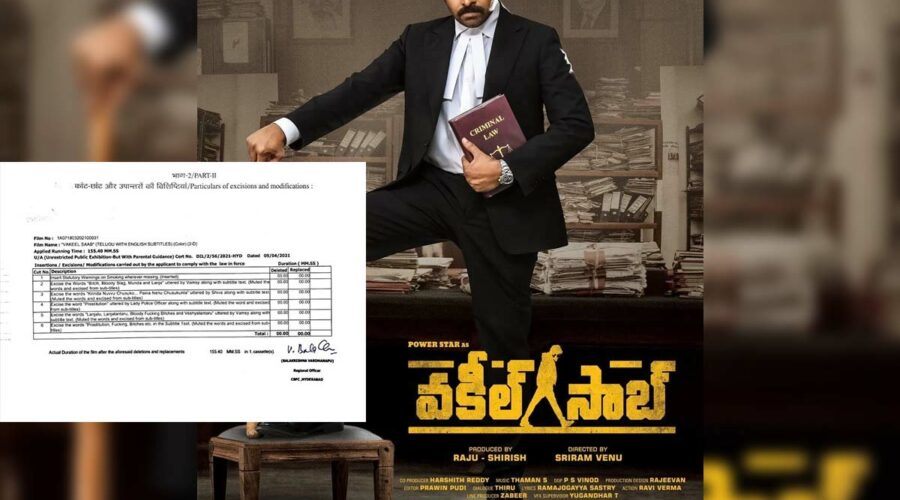 Power Star Pawan Kalyan starrer  Vakeel Saab is indeed going to be a never seen before extravaganza on big screens when it releases on 9th April Worldwide in a very grand manner.  The film which is remake of Hindi national award winning movie Pink, has Shruti Haasan as the leading lady.

Though the officials of censor board suggested cutting of B*tch, Bl*dy, S*ut, Lan**, Mu**a but the makers didn’t cut but muted. The  viewers will understand  the dialogue with the lip movement.   The censor board also  suggested to cut the words prostitution, f*k*ng, bit**s wherever they appear in the movie.

Pawan Kalyan is playing the role of a lawyer who is on a mission to fight for the girls, who face an unfortunate ordeal. Nivetha Thomas, Ananya Nagalla, Anjali, Shruti Haasan and Prakash Raj are also playing the crucial role in  Vakeel Saab, which is jointly backed by Dil Raju and B town producer  Boney Kapoor.