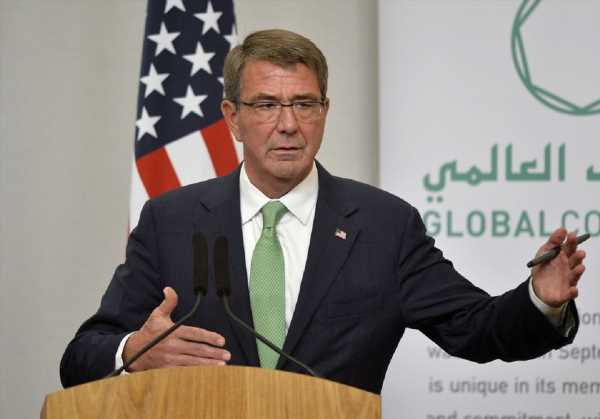 US former defence secretary Ashton Carter, considered to be the architect of modern India-US security partnership, has died. He was 68.

In a tribute, President Joe Biden called him a “born patriot”, while Indian External Affairs Minister S Jaishankar hailed him as a thought-provoking global strategist.

“It is with deep and profound sadness that the family of former secretary of defence Ashton B Carter shares that secretary Carter passed away Monday evening in Boston after a sudden cardiac event at the age of 68,” his family said in a statement.

“Carter, the 25th secretary of defence and director of the Belfer Center for Science and International Affairs at Harvard’s Kennedy School, devoted his professional life to national security of the United States and teaching students about international affairs. He was a beloved husband, father, mentor, and friend. His sudden loss will be felt by all who knew him,” the statement on Tuesday read.

Biden in a statement said Carter was born a patriot. “A physicist and national security leader across decades, he served with immense distinction at every level of civilian leadership at the department of defence, including as our nation’s 25th secretary of defence,” he said.

“Ash was a leader on all the major national security issues of our times — from nuclear deterrence to proliferation prevention to missile defense to emerging technology challenges to the fight against Al Qaida and ISIS. He opened every field of military service to women and protected the rights of transgender service members,” Biden said.

“His public contributions were amplified by his many years at the Harvard Kennedy School of Government, where he inspired and mentored the next generation of national security leaders. As President, I continued to rely on his expertise through his presence on my Council of Advisors on Science and Technology,” he added.

Former US ambassador to India Richard Verma told PTI, “He was also the architect of the modern US-India security partnership. No one on the US side has had a bigger impact in shaping the relationship over the past 20 years.”

Carter was secretary of defence during the Barack Obama administration.

He had also served in various other capacities and is credited for his crucial role in the India-US civil nuclear deal, the removal of several arms export restrictions against India, and making India a major defense partner of the US.

Verma called Carter an incredible public servant, a friend and a mentor.

Jaishankar said, “Deeply shocked to learn about the passing away of former US Defense Secretary Ash Carter. He was great to work with and a strong supporter of our defense relationship.

He was also a global strategist who was always thought provoking.”

Carter was a scientist, a scholar and a strategist, US Defence Secretary Lloyd Austin said.

“He understood that the United States was, as he put it, ‘the most important provider of security to the world’. And he dedicated his long and storied career to fortifying our republic and strengthening what he loved to call ‘the finest fighting force the world has ever known’.”