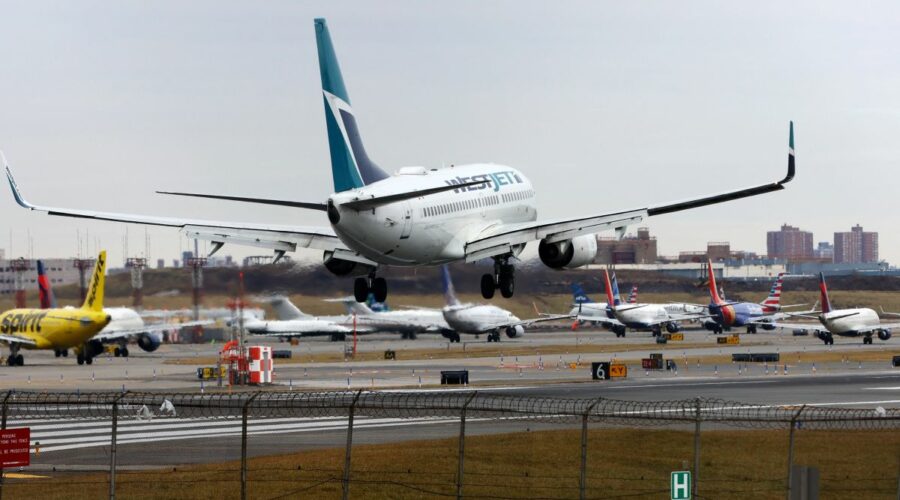 There is no evidence of a cyberattack, the White House said on Wednesday following hours of grounding of flights in the United States by the Federal Aviation Administration (FAA) due to a technical system failure.

According to FlightAware, a flight tracking company, more than 9,500 flights within, into or out of the United States were delayed and more than 1,300 were cancelled due to the system failure.

The number of cancellations and delays has continued to climb despite the agency lifting a ground stop.

“There is no evidence of a cyberattack at this point. The President has directed the Department of Transportation to conduct a full investigation into the causes and provide regular updates. Again, this is incredibly important, a top priority, the safety of Americans who are flying every day,” White House Press Secretary Karine Jean-Pierre told reporters at her daily news conference.

Transportation Secretary Pete Buttigieg, she said, has directed an after action process to determine exactly the root causes and recommended the next steps.

“The FAA and DOT will continue to be transparent here about the causes of the issue and how we will ensure a system outage of this magnitude does not happen again,” Jean-Pierre said.

The FAA, she said, is working aggressively to get to the bottom of the root causes of what happened with the system outage today and making sure that it doesn’t happen again.

“Clearly, the safety of Americans who are flying every day is a number one priority and what they’re going to do is to make sure that this doesn’t happen again,” the press secretary said.