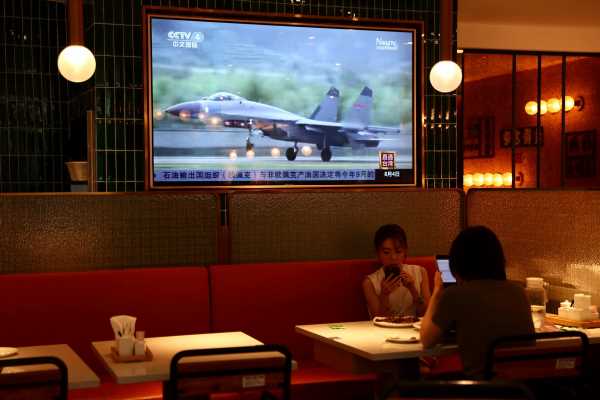 The United States, Australia and Japan have urged China to immediately cease its military exercises and reaffirmed their commitment to maintaining peace and stability across the Taiwan Strait.

“The secretary and the foreign ministers reaffirmed their commitment to maintaining peace and stability across the Taiwan Strait. They appreciated ASEAN’s (Association of South East Asian Nations) statement about the importance of deescalating tension in the Taiwan Strait,” according to the statement.

Sharing the region’s desire for diplomacy to avoid the risks of miscalculation, the secretary of state and foreign ministers expressed their concern about the People’s Republic of China’s recent actions that gravely affect international peace and stability, including the use of large-scale military exercises.

“They condemned the PRC’s launch of ballistic missiles, five of which the Japanese government reported landed in its exclusive economic zones, raising tension and destabilising the region. The secretary and the foreign ministers urged the PRC to immediately cease the military exercises,” said the joint statement.

There is no change in the respective one China policies, where applicable, and basic positions on Taiwan of Australia, Japan, or the United States, they said.

Expressing their commitment to deepening the trilateral partnership among Australia, Japan, and the United States to advance a free and open Indo-Pacific region, the three diplomats highlighted that this partnership rests on the unshakable foundation of shared interests and values, including a commitment to freedom, rule of law, human rights, sovereignty and territorial integrity, peaceful settlement of disputes without resorting to threat or use of force, and freedom of navigation and overflight.

“The secretary and the foreign ministers reaffirmed their resolve in supporting ASEAN centrality, and the importance of the pacific islands countries as partners in the region,” said the statement.

Maintaining peace and stability across the Taiwan Strait is vital, not just for Taiwan but for the Philippines and many other countries, Blinken told reporters during a joint press availability with Philippine secretary of foreign affairs Enrique Manalo.

“Since their missile launches, Beijing has taken an irresponsible step of a different kind: They’ve shut down eight different areas where our two countries have been able to work together,� Blinken said.

08/07/2022 India Comments Off on US, Aus, Japan urge China to end military exercises now for peace in region
India