The Speaker’s remarks came even as the Opposition has hinted to vociferously raise the contentious farm laws and the Pegasus spyware issue at the Winter session beginning on November 29. 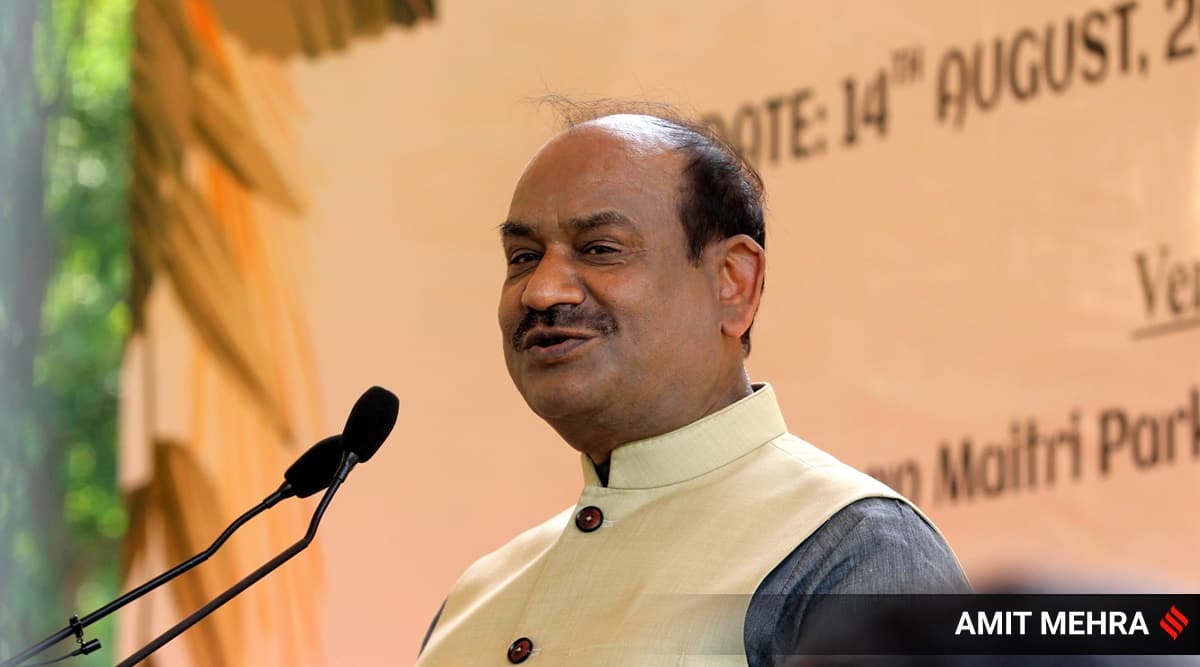 A two-day conference of the presiding officers at Shimla resolved to make a “definite action plan” to increase the number of sittings of legislatures across the country and transform the parliamentary committees to make it effective in keeping with the current times while ensuring that their works are evaluated every year to make them more accountable to people.

With Parliament’s Winter Session set to begin in a few days, Lok Sabha Speaker Om Birla called for urgent action to check the increasing tendency of disruption and indiscipline on the floor of the houses. “We will have to stop the increasing tendency of indiscipline, disruption, uproar in the House. We will discuss this with the leaders of all political parties if necessary, and expect that the proceedings of the House will pass off smoothly,” said Birla while addressing the concluding session of the 82nd All India Presiding Officers’ Conference (AIPOC) here.

The Speaker’s remarks came even as the Opposition has hinted to vociferously raise the contentious farm laws and the Pegasus spyware issue at the Winter session beginning on November 29. The pandemonium over the Pegasus issue had led to the washout of the Monsoon Session, which started on July 19 and adjourned sine die on August 1, with the Opposition demanding a discussion and the government refusing to give in. The session was the worst in terms of productivity of the previous six sessions.

The two-day conference also suggested that every state legislature should start with “zero hour” to provide maximum opportunities to all the members. It also took a decision to hold discussions with all parties at the national level and the state levels to see that both motion of thanks debate and the question hour are run without any disruptions in Parliament and assemblies.

Terming the parliamentary panels as mini parliament, Speaker Om Birla said the “functioning of our Parliamentary Committees also needs to be drastically changed according to the present times. There should be a wider discussion on this subject as well”.

“We have to develop such a practice that the presiding officers evaluate the works done by the parliamentary committees once in a year and make the parliamentary committees more accountable to the public. The presiding officer should give necessary suggestions to the committee, if necessary, so that the committees work with accountability and dispose of the pending matters in a time bound manner,” Birla said.

Pointing out that the parliamentary panels have an “excellent tradition of working above the partisan spirit”, Birla said there is a need to strengthen the parliamentary committees so that they can ensure the accountability of the executive through constructive suggestions

The Speaker said the two-day deliberations have also decided to prepare an action plan to increase the number of meetings of the assemblies. “so that we can provide maximum time and opportunities to the members to help the people’s representatives to discuss the major issues of their state and country extensively”.

According to Birla, in the changing environment of the next 25 years, the legislative bodies will act as “a pillar of accountability” to the citizens of the country and the state. They should be more transparent, empowered, and aware of the changing times, he said. “Our legislatures will act in a determined spirit for their constitutional, moral, social and parliamentary duties. These legislatures will become centres of solution to the problems of the common man and fulfillment of their needs through a comprehensive discussion and dialogue,” he said.

The Speaker suggested uniformity in the rules and procedures of all the legislatures in the country. In the changing context, there is a need to equip the proceedings of legislatures with modern technology with the help of information technology, he said.

“We will definitely prepare ‘One Nation One Legislative Platform’ in due course so that all legislatures can make available their current and old debates and other resources at one place with collective efforts” he said., adding this will be done by 2022.

Speaking at the function, Union Minister Anurag Singh Thakur suggested that the legislative bodies should put more focus on research so that the debates could be more qualitative. He also said the presiding officers can pick up 75 topics, on which there should be legislation to prepare the country for the future.

Stating that a law is as good or bad as its implementation Thakur lamented that it took years to frame rules for some laws. Incidentally for the two key legislations passed during the BJP rule — Citizenship Amendment Act and four Labour codes– the rules are yet not notified.