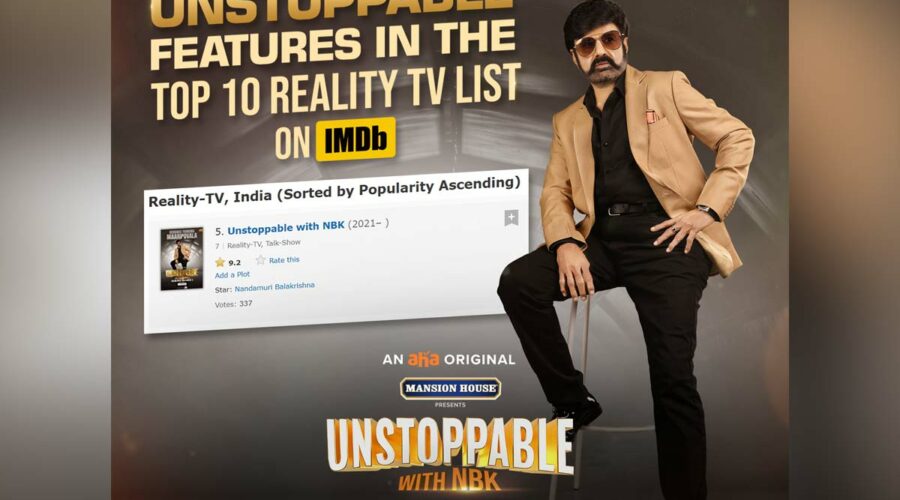 Now according to the latest report,  Unstoppable with NBK has achieved a rare feat as Balakrishna hosted show is listed in top 10 reality TV list on IMDb. The show Unstoppable With NBK stands 5th among the top 10 reality shows on IMDb.

Mohan Babu, Vishnu Manchu and Lakshmi Manchu were the guests of its first episode. Later natural star Nani attended  Unstoppable as a guest.

On the work front, Balakrishna has teamed  up with Gopichand Malineni for his next project, which is in pre production stage. Yesterday the makers announced that Varalakshmi Sarathkumar will play a crucial role in this yet to be titled film which has Shruti Haasan as the leading lady. He was last seen playing the lead role  in action drama  Akhanda, which is still running successfully at the box office and is  doing decent collections. It is helmed by Boyapati Srinu and has Pragya Jaiswal as the leading lady.

Brahmanandam, Anil Ravipudi to rock Balakrishna Unstoppable With NBK on this date