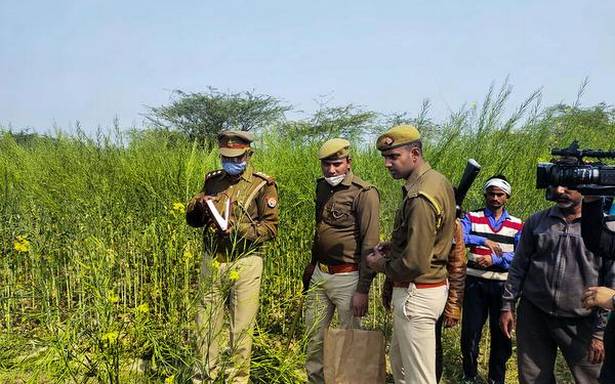 The teenager from an Unnao village, who was among three girls found unconscious in a field on Wednesday, was taken off ventilator support on Saturday, a statement from the Kanpur hospital treating her said.

The girl was “off ventilator and has spontaneous respiration” three days after she was admitted to the hospital at 11 p.m. on Wednesday, a medical bulletin issued by Regency Hospital PRO Paramjeet Arora said. The girl was being treated in the pediatric intensive care unit and was “under constant monitoring”, the bulletin said.

The three minor girls, all from the same Dalit family in a village in Asoha block, who had gone to fetch fodder, were found unconscious with froth at their mouth by family memberson Wednesday evening. Two of the girls later died, allegedly due to poisoning.

The Uttar Pradesh police on Friday arrested a youth, Vinay, and detained a juvenile from the neighbouring village for allegedly giving the girls water laced with insecticide.

Meanwhile, the Unnao Police on Saturday registered an FIR against Congress leader Udit Raj over a tweet by him claiming that the victims’ family had alleged the girls were raped and that the last rites were performed without their consent. The FIR was filed under Section 153 of the Indian Penal Code (provocation to riot) and Section 66 of the Information Technology Act.