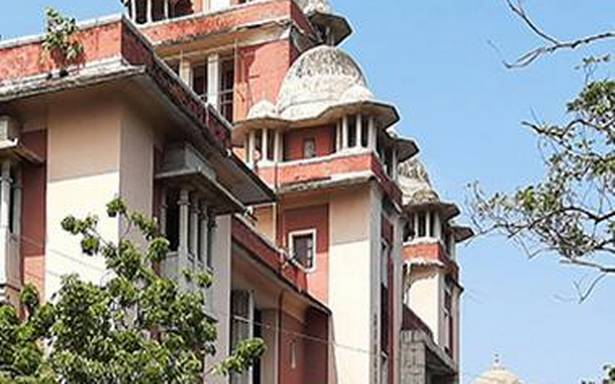 In a reply submitted during the Senate meeting of University of Madras chaired by Vice-Chancellor S. Gowri on Saturday, the university acknowledged that 60% of its sanctioned posts were vacant. The replies were sought by Madhavaram MLA S. Sudharsanam, who is a member of the Senate.

Filling up of vacancies and the university’s financial position dominated the discussion at the Senate meeting.

The replies submitted at the meeting to the questions of Mr. Sudharsanam also showed that ₹165.77 crore of additional grants from the State government for the years 2018-2019 and 2019-2020 were pending. Owing to the non-release of funds, the university said it had to remit ₹16.37 crore from its Endowment Fund to meet salary and pension related expenses.

The university officials also highlighted that admissions to the Institute of Distance Education, one of the important sources of revenue for the university, had fallen drastically due to new regulations of the University Grants Commission.