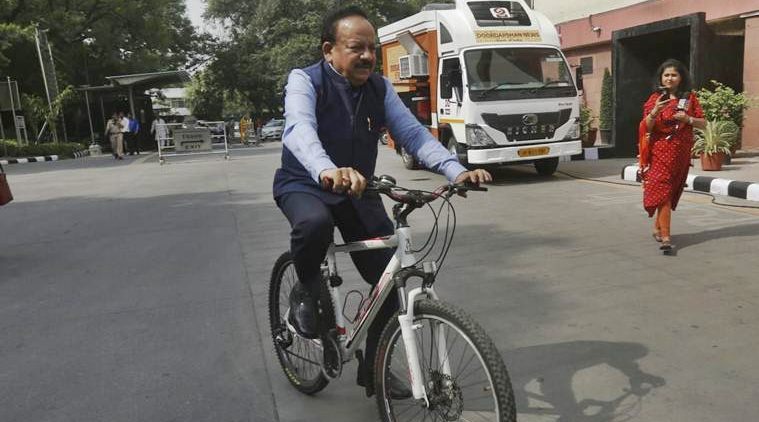 After taking charge of the health ministry, Harsh Vardhan expressed gratitude to Prime Minister Modi for believing in him. 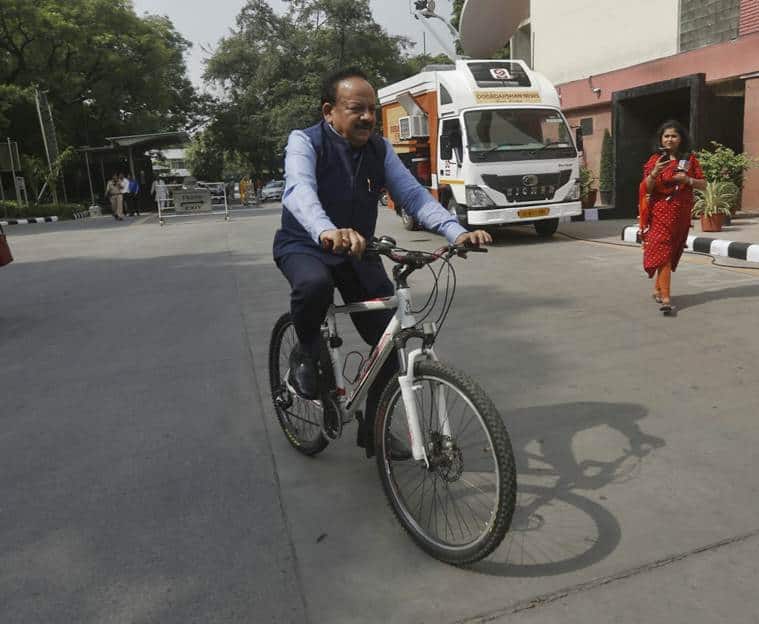 Dr Harsh Vardhan, who will head the Ministry for Health and Family Welfare, arrived on cycle to take charge as a minister at the Nirman Bhawan in Delhi on Monday.  The Minister, who won the Chandni Chowk Lok Sabha seat in Delhi, shared pictures on microblogging site Twitter.

“#Cycling is a simple, affordable, reliable, clean & environmentally sustainable means of transport. #UNGA has declared June 3 as #WorldBicycleDay to underline the contribution of cycling to sustainable development goals. It’s my fav sport too 2 #BeatAirPollution @UN (sic),” the Union minister wrote on the microblogging site. After taking charge of the Health ministry, Vardhan said he was “grateful” to Prime Minister Narendra Modi for entrusting him with the responsibility. “I am thankful to Prime Minister Narendra Modi for trusting me and giving me this responsibility. The health of the people of this country is the top priority of Modi government and we will make every effort to achieve healthcare for all,” he said.

Almost five years after he was divested of the charge, Vardhan said his priority will be to strengthen the implementation of the Ayushman Bharat-Pradhan Mantri Jan Arogya Yojna (PM-JAY). “Since the launch of PM-JAY, around 27 lakh people have availed the benefits under the scheme. However, still many people are not aware of it. Some people who are in dire need of the benefits provided under the insurance scheme are not able to avail it due to eligibility criteria issues,” Vardhan told PTI. Earlier, he was appointed as the Union Health minister in 2014 and was later given the charge of the Ministries of Earth Sciences and Science and Technology.

J P Nadda held the portfolio in the outgoing cabinet. Vardhan was also given the additional charge of the Ministry of Environment, Forest and Climate Change in May 2017, after the demise of Union minister Anil Madhav Dave.