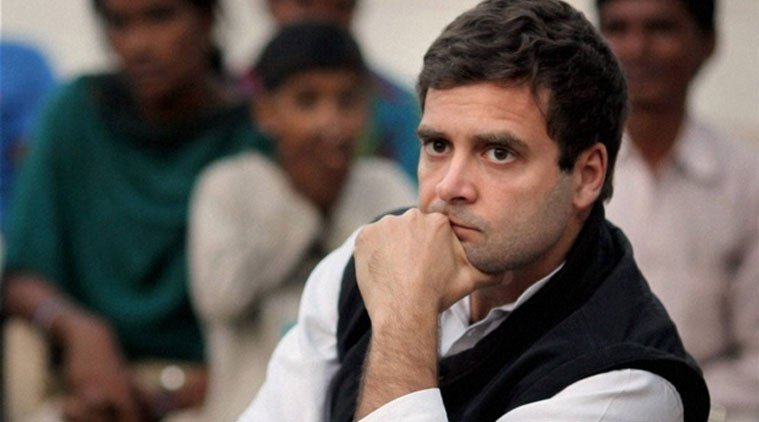 Senior Congress leader and All India Congress Committee’s (Maharashtra in-charge) Mallikarjun Kharge, who was present at the meeting, said, “We adopted a unanimous resolution authorising the Congress president to nominate the new CLP leader.” Radhakrishna Vikhe-Patil, who is also the Leader of the Opposition (LoP), had stepped down from the CLP leader’s post during the Lok Sabha campaign after courting intense flak within party ranks. His son, Sujay, had rocked the Opposition’s boat by switching over to the BJP and entering the Lok Sabha race as the NDA’s contestant from Ahmednagar.

Senior Congress leader and All India Congress Committee’s (Maharashtra in-charge) Mallikarjun Kharge, who was present at the meeting, said, “We adopted a unanimous resolution authorising the Congress president to nominate the new CLP leader.”

While Rahul has accepted Vikhe-Patil’s resignation, the party is yet to submit it to the Assembly Speaker. He continues to be an MLA.

Party sources said the delay in submitting the resignation to the Speaker is because the Congress is wary of whether the numbers in the Assembly will allow it to retain the LoP post.

While the Congress has 42 MLAs in the state Assembly, two MLAs aside from Vikhe-Patil — Nitesh Rane and Kalidas Kolambkar — are already in contact with the BJP. A third, Abdul Sattar, has been suspended for anti-party activities. Ally Nationalist Congress Party, on the other hand, has 40 legislators at present. Senior Congress leaders said they do not sense the NCP will stake its claim, they are wary that the ruling party might use a numbers game to deny the Congress the LoP post.

While the LOP’s appointment is the Assembly Speaker’s prerogative, this is done after consultation with all parties. With state elections barely five months away, the LoP position will be important to effectively challenge the Devendra Fadnavis government in the Assembly. As per protocol, the LoP enjoys the status of a cabinet minister. The next session of the Assembly, the last one before the polls, will begin on June 17.

On Monday, Kharge had one-on-one deliberations with each legislator on who the new CLP leader should be. Sources said while former Congress minister Vijay (Balasaheb) Thorat, a Maratha leader, is being seen as a frontrunner, the names of Vijay Waddetiwar, Sunil Kedar, Naseem Khan, Yashomati Thakur and Varsha Gaikwad were also discussed. With Ashok Chavan, another Maratha, holding the post of the party’s state president and Dalit leader Sharad Ranpise nominated as the CLP in the Legislative Council, there was a demand to nominate an OBC leader, a minority leader or a woman for the post.