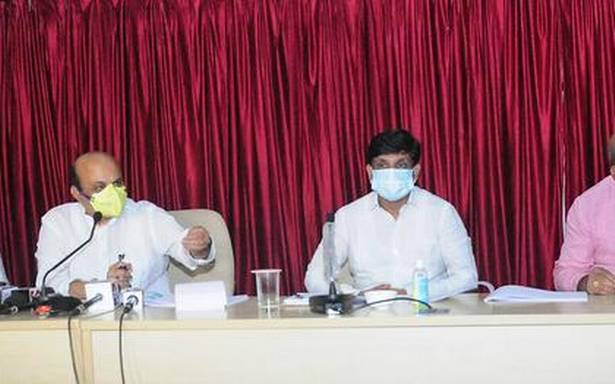 Bommai says efforts are on to get more vaccine doses

Home Minister and Minister in charge of Udupi district Basavaraj Bommai on Saturday asked the district administration to open COVID Care Centres in taluks in the next four days.

Speaking at a meeting in Udupi, the Minister said that those patients who are in home isolation and lacking basic facilities like separate toilets can be accommodated in such care centers.

The Minister said that the district administration has to keep an eye on the future situation predicting at least one week situation in advance. He asked people to stay at home to help in controlling the spread of the infection.

Efforts are on to get more vaccine doses and the oxygen supply will be also increased, he said.