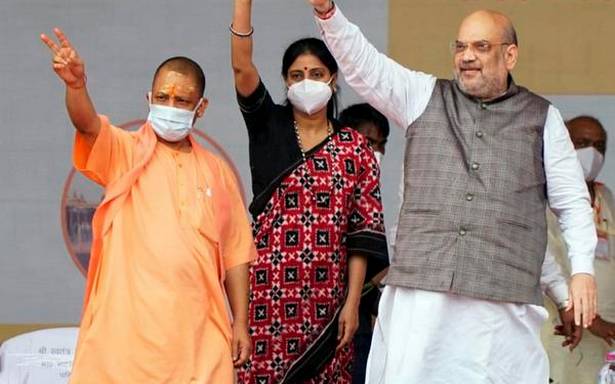 Yogi Adityanath is likely to be fielded from Ayodhya, say party sources

The BJP on Thursday said consultations for candidates for 172 seats, covering the first three phases of the seven-phase polls in Uttar Pradesh were done with both Chief Minister Yogi Adityanath and Deputy Chief Minister Keshav Prasad Maurya likely to fight the polls.

Mr. Maurya told reporters at the end of the meeting of the party’s Central Election Committee (CEC) meeting in New Delhi that the list had been more or less finalised. The CEC met in a hybrid format with Prime Minister Modi joining in virtually and Union Ministers Rajnath Singh and Nitin Gadkari and party president J.P. Nadda doing the same as all three have tested positive for COVID-19.

According to party sources, Yogi Adityanath is likely to be fielded from Ayodhya and Mr. Maurya from Sirathu. Another Deputy Chief Minister Dinesh Sharma may contest from Lucknow. State unit chief Swatantra Dev Singh may also be fielded.