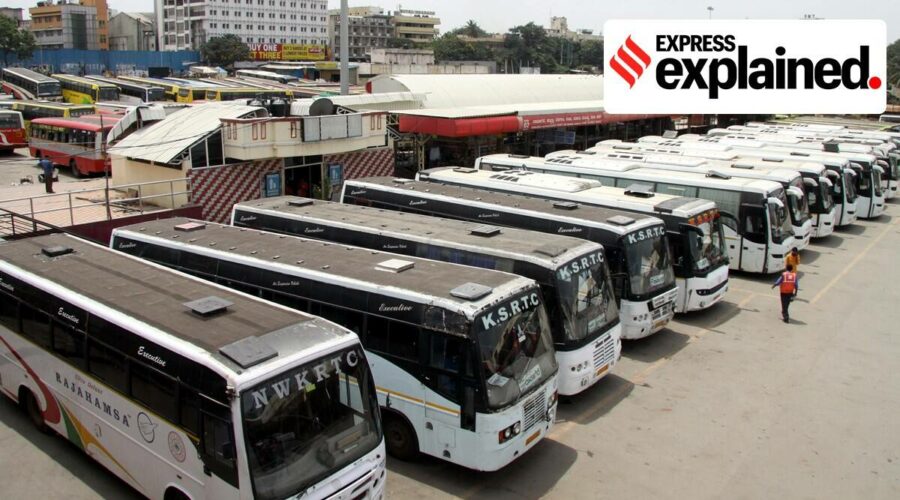 After a seven-year legal battle for the trademark, Kerala claims it has been given the right to use the abbreviation KSRTC. Karnataka has said it has not yet received the order. What now? 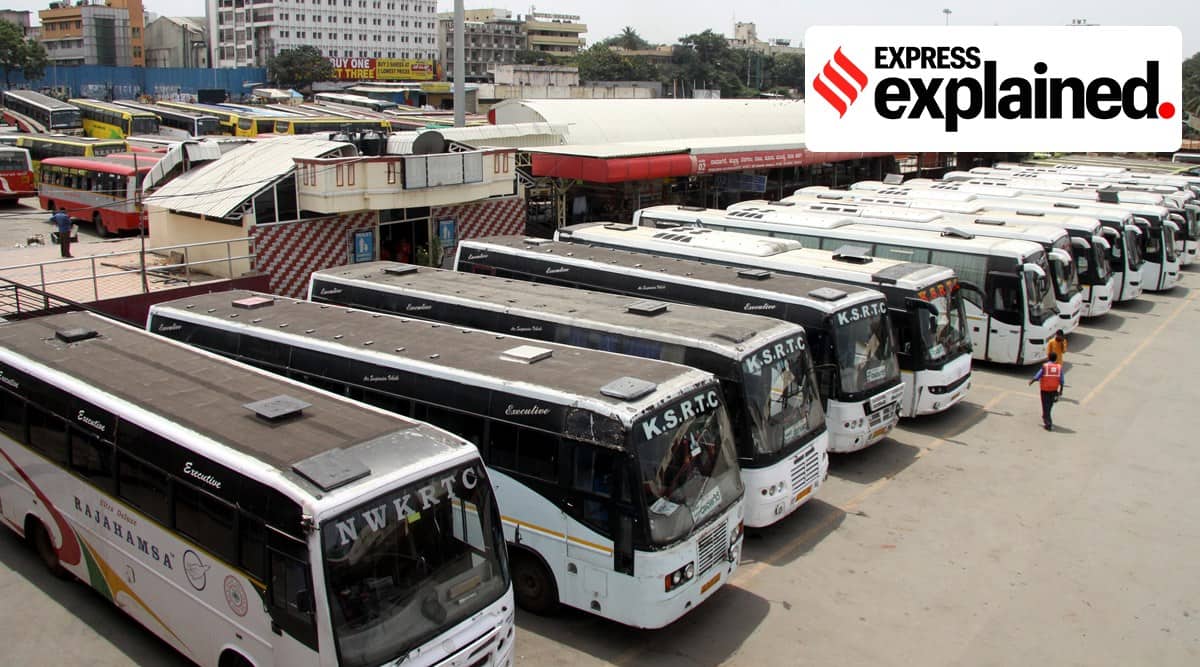 For decades, the neighbouring states of Kerala and Karnataka have used the same abbreviation for their respective State Road Transport Corporations — KSTRC. After a seven-year legal battle for the trademark, Kerala has announced that the Trade Marks Registry’s final verdict on Wednesday gave it the right to use the abbreviation KSRTC, its emblem, and even the nickname ‘Anavandi’, which means elephant vehicle.

Karnataka has said it has not yet received the order and that it is exploring legal options.

The Kerala RTC is the state’s largest public sector employer, with 28,000-odd permanent employees and 38,000-odd pensioners (2020). But trade unionism and mismanagement have caused it major losses. The previous LDF government spent Rs 5,000 crore in five years to meet salary and pension bills.

The two RTCs have been operating services to each other’s states for decades. They use the same space for parking, operations and booking offices.

How trademarks are registered

The Office of the Controller General of Patents, Design and Trade Marks is the apex body in charge of supervising the working of regulations related to patents and trademarks and advising the government on these matters. It comes under the Department for Promotion of Industry and Internal Trade.

Kerala eventually won by relying on Section 34 of the Trade Mark Acts deals with the “first user” rule. It provides that a proprietor of a trademark does not have the right to prevent the use by another party of an identical or similar mark where that user commenced prior to the user or date of registration of the proprietor. As Kerala RTC was the first user (from 1965), it got the right established to use that trade mark.

Kerala RTC furnished photographs of old buses, bus depots, pages from memoirs of former Transport Ministers, write-ups and reports. Among the evidence presented was visuals from a Malayalam film of 1969, Kannur Deluxe, showing a KSRTC (Kerala) bus plying between Kannur and Thiruvananthapuram.

Kerala Transport Minister Antony Raju’s office issued a press statement saying the Registrar of Trademarks has ruled in the Kerala RTC’s favour. On Friday, Karnataka SRTC issued a statement, saying the “reports are factually incorrect as we have not received any such notice or order from the Central Trade Mark Registry as claimed until today”.

Karnataka Deputy Chief Minister and Transport Minister Laxman Savadi said: “Without any notice from the Controller General of Patents Design and Trade Marks we can’t go ahead with Kerala’s claim. We will discuss with our KSRTC legal team and explore all possibilities.”

06/05/2021 India Comments Off on Two states, one brand: how Kerala won battle against Karnataka for KSRTC trademark
India